The missile was fired from INS Chennai, a stealth destroyer 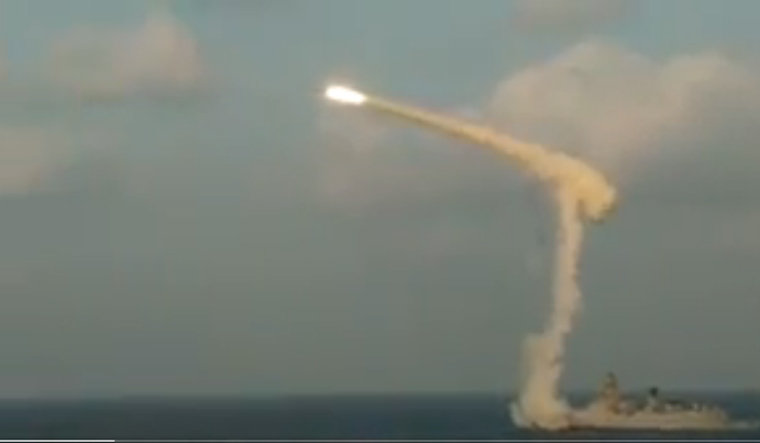 A naval version of the BrahMos supersonic cruise missile was successfully test-fired from an indigenously built stealth destroyer of the Indian Navy in the Arabian Sea on Sunday, officials said.

The missile was fired from INS Chennai, a stealth destroyer, and it hit the target with pin-point accuracy after performing "extremely complex" manoeuvres, they said.

"BrahMos as prime strike weapon' will ensure the warship's invincibility by engaging naval surface targets at long ranges, thus making the destroyer another lethal platform of Indian Navy," the defence ministry said in a statement.

BrahMos Aerospace, an India-Russia joint venture, produces the supersonic cruise missile that can be launched from submarines, ships, aircraft, or from land platforms.

Defence Minister Rajnath Singh congratulated the Defence Research and Development Organisation (DRDO), the BrahMos Aerospace and the Indian Navy for the "successful" test-firing of the missile.

DRDO Chairman G Satheesh Reddy too congratulated the scientists and all personnel involved in the test-firing of the missile which he said will add to the capabilities of the Indian Armed Forces in many ways.

In the last few weeks, India has test fired a number of missiles including a new version of the surface-to-surface supersonic cruise missile BrahMos and anti-radiation missile Rudram-1.

The successful test firing of Rudram-1 was seen as a major milestone as it is India's first indigenously developed anti-radiation weapon.

The flight testing of the missiles came in the midst of India's bitter border row with China in eastern Ladakh.

In May last year, the Indian Air Force successfully test fired the aerial version of the BrahMos missile from a Su-30 MKI fighter aircraft.

The range of the new land attack version of the missile has been extended to 400 km from the original 290 km.

India has already deployed a sizeable number of the original BrahMos missiles and other key assets in several strategic locations along the de-facto border with China in Ladakh and Arunachal Pradesh.