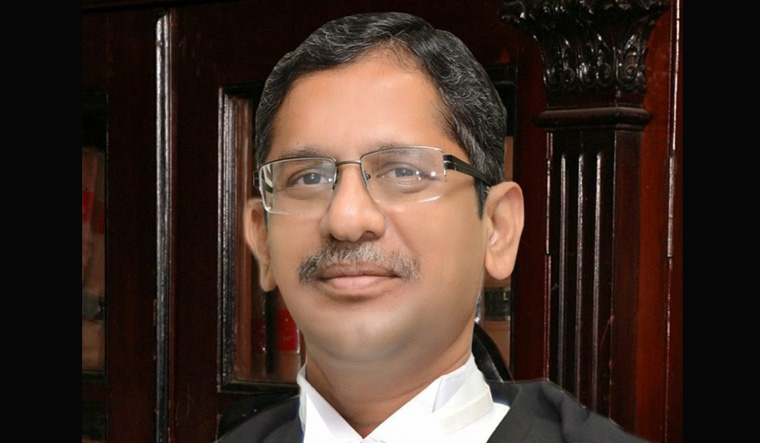 The seniormost judge of the Supreme Court Justice N.V. Ramana said the greatest strength of the judiciary is the faith of people in it and judges must be “steadfast in holding on to their principles” and “fearless in their decisions” to withstand all pressures and odds. Justice Ramana’s comments hold importance in the backdrop of a recent unprecedented move by Andhra Pradesh Chief Minister Y.S. Jagan Mohan Reddy of making allegations against him in a letter to Chief Justice of India S.A. Bobde.

Speaking at a condolence meet on Saturday for former Supreme Court judge A.R. Lakshmanan who passed away on August 27, Justice Ramana said, “The greatest strength of the judiciary is the faith of people in it. Faith, confidence and acceptability cannot be commanded, they have to be earned”.

Justice Ramana’s remarks at a public function are the first since the controversy broke out after the Andhra Pradesh chief minister wrote the letter.

The senior judge added that “there are innumerable qualities that a person needs to live what can be called a good life: humility, patience, kindness, a strong work ethic and the enthusiasm to constantly learn and improve oneself”.

“Most importantly, particularly for a judge, one must be steadfast in holding on to their principles and fearless in their decisions. It is an important quality for a judge to withstand all pressures and odds and to stand up bravely against all obstacles,” he said.

Recalling the former judge, Justice Ramana said, “We should all take inspiration from his words and should strive to commit a vibrant and independent judiciary which is required in the current times”.

He said his belief is that Justice Lakshmanan epitomized all the required qualities of being one of the best judges the country has seen.

Justice Ramana said, “Our values are ultimately our greatest wealth, and we must never forget the same” and added that Justice Lakshmanan wore his values on his sleeves and he has learnt immensely from him about being a good person and a judge.

He was elevated as a Judge of the Supreme Court in 2002 and served till his superannuation in 2007.

During his tenure as Supreme Court judge, Justice Lakshmanan was part of several Constitution benches and contributed in more than 200 judgments touching upon wide-ranging issues, including taxation, management of religious institutions, service matters, labour laws and employee welfare.

After his retirement, he was appointed as the chairman of the 18th Law Commission of India and submitted 32 comprehensive reports to the government of India recommending various measures to improve the judicial system in the country.

In an unprecedented move, the chief minister wrote the letter dated October 6 to the CJI, alleging that the Andhra Pradesh High Court was being used to "destabilise and topple my democratically elected government."

He had requested the CJI to look into the matter and consider initiating steps "as may be considered fit and proper to ensure that the state judiciary's neutrality is maintained".

The chief minister had alleged that the senior apex court judge had proximity to TDP chief Chandrababu Naidu and that a "former judge of the honourable Supreme Court placed this fact on record".