'In a sense, we are competing against everybody in the world' 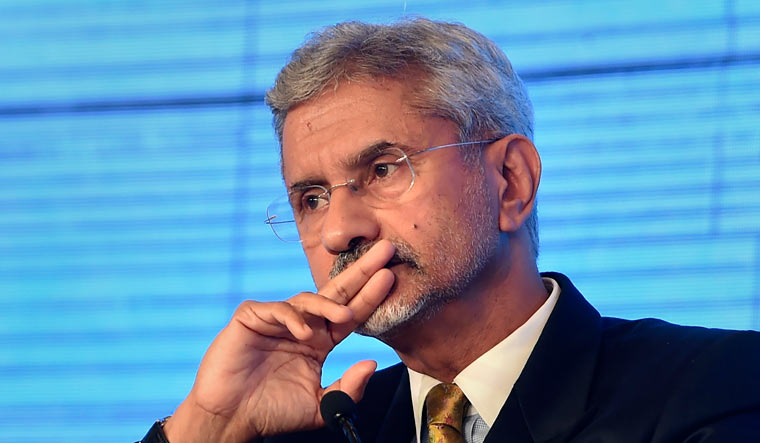 External Affairs Minister S Jaishankar on Saturday said peace and tranquillity along the Line of Actual Control(LAC) is "deeply disturbed" and this is obviously impacting the overall relationship between India and China.

Jaishankar made these comments against the backdrop of the over five-month-long border standoff between India and China in eastern Ladakh where each side has deployed over 50,000 troops.

The Sino-India boundary question is a very "complicated" and "difficult" issue, he said at a webinar on his book titled 'The India Way: Strategies for an Uncertain World', giving a historical perspective to development of the relationship between the two neighbouring countries in the last three decades.

The external affairs minister said the relationship between India and China, which was "very difficult", was normalised since late 1980s through a plethora of initiatives like trade, travel, tourism, and societal activities on the premise of peace and tranquillity along the border.

"It is not our position that we should solve the boundary question. We understand that it is a very complicated and difficult issue. There have been many negotiations at different levels...That is a very high bar for a relationship," Jaishankar said through video conferencing at the webinar event in Pune moderated by former ambassador Gautam Bambawale.

"I am talking about a much more basic bar which is that there must be peace and tranquillity along the LAC in the border areas and that has been the case since the late 1980s," he added.

"Now, if peace and tranquillity is deeply disturbed, then obviously there will be an impact on the relationship and that is what we are seeing," he said referring to the border situation in eastern Ladakh.

Jaishankar said both China and India are rising and assuming "bigger" roles in the world, but the "big question" is how the two countries find an "equilibrium".

"That is the basic case I addressed in my book," the minister said, adding he completed the manuscript in April, a few weeks before the border standoff erupted in eastern Ladakh.

Asked whether India should be growing at a faster GDP growth rate so that the asymmetry with China economically, militarily and otherwise is reduced, Jaishankar referred to different sociology, politics and the nature of governance between the two neighbours.

Jaishankar said he would like India to grow much faster and develop more capabilities but noted that it should not be because of competition with China.

"I feel that there are lessons we can learn from China. The way China has grown. But at the same time, let's be very clear. We are not China. When people suggest that you fix this, they did this, you did this...Our sociology is different, our politics is different, the nature of our governance is very different."

He further added: "How do you learn from experiences from a dissimilar path? Even if we are dissimilar, there are lessons to be learnt."

Talking about key geopolitical developments over the last seven decades, Jaishankar referred to the prosperity of Europe and recovery of Japan after the Second World War, the collapse of the Soviet Union and the subsequent emergence of the US as major events, but noted that the turning point came in 2008 which was marked by global financial crisis and rise of China, India and the 10-nation ASEAN grouping.

"It turned the world into a visible economic rebalancing. Big issues of the day could not be decided by two countries, five countries or seven countries..."

"I think the process which started in 2008-09 has taken a sharper turn this year with the changes due to the coronavirus pandemic. Today, the big shift was towards a multipolar world" he said.

On India's economic growth and ways to bolster it, Jaishankar said there was a need for more focus on the manufacturing sector and human development reforms, adding the last five years have seen focus on skill development through a variety of initiatives like 'beti bachao beti padhao' programme.

The external affairs minister said there was a need for employment centric growth as well as focus on the manufacturing sector.

"I would say the manufacturing strategy needs to be adjusted," he said, favouring looking at the centrality of employment.

Jaishankar also asserted that the ability to "step up", "assume responsibility" and "do good" is an important part of India's "rise".

The union minister said countries look up to India as a more capable neighbour who they think will do something when needed.

"...Today you look at the entire Indian Ocean Region, right from Fiji to East Africa, in last five years, every time there was a major disaster, be it natural, man-made or civil war in Yemen, earthquake in Nepal, mudslide in Sri Lanka or cyclone in Myanmar, we have gone responding because today we have more capabilities."

"Today people look up to us as a more capable neighbour who will do something. So this ability to step up and assume global responsibility and do good has been an important part of our rise," Jaishankar said.

Referring to Africa, he said the rise of the continent is in India's interest.

"Facilitating, contributing and partnering the rise of Africa is in our strategic interest. If Africa becomes one of the poles of global polity, it is better for us. We have deep solidarity which came out from the anti-colonial movement," he added.