Activists under detention for their words: Tharoor

Rao, Gonsalves, Bharadwaj, Teltumbde and some other activists have been arrested 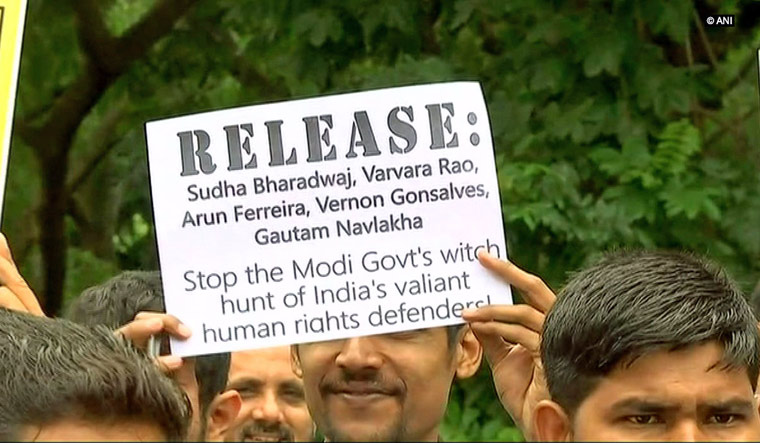 Congress leader Shashi Tharoor on Saturday said a large number of people, including activists Varavara Rao, Sudha Bharadwaj and Anand Teltumbde, are under detention for their words, although none of them is accused of hitting anyone or possessing a gun.

He also said that words and ideas may outlast power and authority.

The Thiruvananthapuram MP and author of several books was speaking at the Symbiosis International University Literary Festival via video-conferencing.

"When I was in school, I learnt that the pen is mightier than the sword. Today, I have seen our country, its politics and its discourse. I am no longer convinced it is," he said.

"No one is accused of throwing a stone, hitting someone or possessing a gun or anything like that. It's only about the words. So, how will the pen stand up to the sword if the pen is wielded to the authority of the government of the day," he said.

Violence had erupted in Koregaon Bhima allegedly after provocative speeches were made during the Elgar Parishad conclave held a day earlier at Shaniwarwada in Pune city.