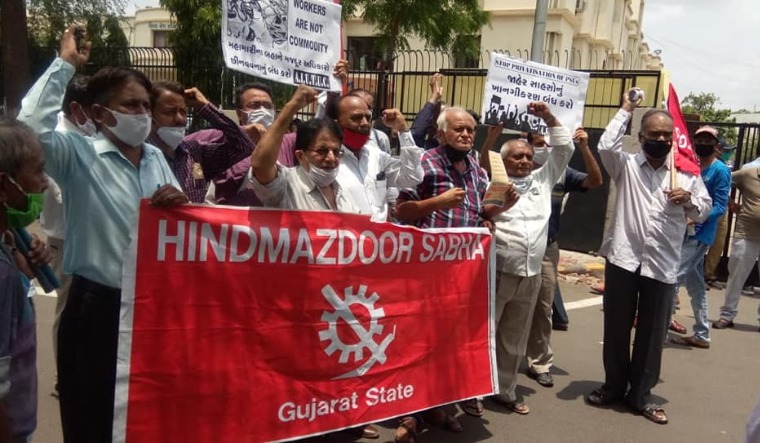 Trade unions are planning to take to the streets against the passage of "anti-labour" bills by Parliament, a Maharashtra office-bearer of Hind Mazdoor Sabha (HMS) said on Tuesday.

Sanjay Wadhavkar, HMS general secretary, told reporters that all trade unions are on the same page against the "draconian" bills introduced by the Central government.

Parliament had last month approved three key labour reform bills that will remove impediments for winding up of companies and allow firing of staff without government permission in firms with up to 300 workers.

The Centre had said that the purpose of labour reforms was to provide a transparent system to suit the changed business environment.

Wadhavkar alleged the Centre had violated the rights of workers by changing 44 labour laws in force for the protection of workers.

"The HMS and other like-minded trade unions are in the process of finalising strategies to oppose these new bills. A decision on launching state-wide protests will be taken after holding deliberations with all trade unions," Wadhavkar said.

He said a delegation of the HMS met state governor Bhagat Singh Koshyari last week "who promised to convey sentiments of workers to the Centre".

The HMS is a national trade union in the country.