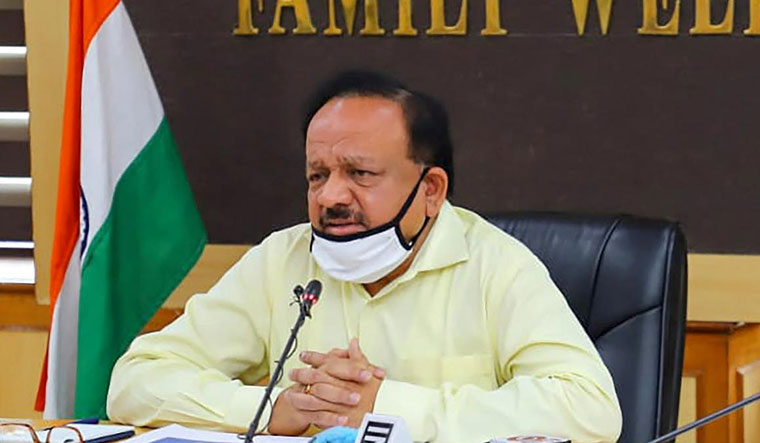 Could you get reinfected by the COVID-19 virus? The ICMR is set to commission a study to answer that question, though reports of reinfections coming from several states were "misclassified as reinfections,” Union Health Minister Dr Harsh Vardhan said on Sunday. "Though there are sporadic reports of reinfection surfacing in various states, careful analysis of ICMR (Indian Council of Medical Research) database reveals that many of these cases have actually been misclassified as reinfections," Vardhan said at an interaction with social media users.

"Actual reinfection would mean a fully recovered person getting infected by a freshly introduced virus in his/her body, belonging to the same or different strain," he said, adding that results of the ICMR study to understand the true burden of reinfected cases would be shared in a couple of weeks.

Dr. Balram Bhargava, director general, ICMR, had told the media on an earlier occasion that reinfections were "very, very rare" with COVID-19. Experts have said though reinfections can't be ruled out with SARS-COv2, more research is needed to truly understand the extent of the reinfections and disease caused by the phenomenon.

At the interaction, Vardhan also spoke about the government's prioritisation of vaccines. Refuting rumours that the "young and working class" would get the vaccine first, the minister said the government had worked out the prioritisation of vaccines based on other factors. "Occupational hazard, risk of exposure to infection, and the risk of developing severe disease and increased mortality, were the key considerations on who will get the vaccine first," he said.

The government is anticipating limited supplies of COVID-19 vaccines in the beginning. “In a huge country like India, it is critical to prioritise vaccine delivery based on various factors such as risk of exposure, comorbidity among various population groups, the mortality rate among COVID cases, and several others,” the health minister said.

India is looking at the availability of several different types of vaccines, of which some may be suitable for a particular age group while others may not be, he added. Cold chain and other logistics need to be planned appropriately to ensure no glitches occur in vaccine delivery even at the last mile, the minister said. Massive advocacy efforts would be required to understand the reasons for vaccine hesitancy and address them appropriately, he added.

Vaccine hesitancy is being discussed in several countries now, given the short time in which COVID-19 vaccines are being developed and planned to be rolled out. India too is considering emergency use authorisation for the COVID-19 vaccine, though safety is being prioritised. “Adequate safety and efficacy data is required for emergency use authorisation vaccine approval for ensuring patient safety. Further course of action will depend on the data generated,” the minister said.

Considering India's large population one vaccine, or vaccine manufacturer, will not be able to fulfil the requirements of vaccinating the whole country, Vardhan said. "We are open to assessing the feasibility of introducing several COVID-19 vaccines in the country as per their availability for the Indian population,” he added.