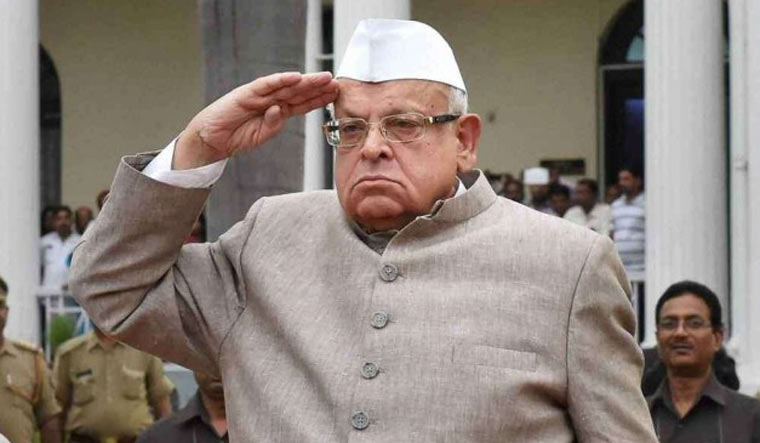 The Moradabad police of Uttar Pradesh have served a notice of arrest to ex-governor of UP, Uttarakhand and Mizoram, Aziz Qureshi, for addressing a protest meeting in February this year on Citizenship Amendment Act (CAA), National Register of Citizens (NRC) and National Population Register.

Qureshi, a Congress leader from Madhya Pradesh who resides in Bhopal, himself came out with a statement confirming that he has been served a notice by the Moradabad police with a warning that if he did not record his statement in the case, he will be arrested and presented in the court.

Case under sections 143, 145, 149 (pertaining to unlawful assembly) and 188 (disobedience to order of public servant) was registered against the ex-governor and 12 other persons for the protest meet in Moradabad on February 23, 2020.

While the other persons recorded their statement, Qureshi did not present himself before the Moradabad police to do so and was therefore served the notice of arrest, the ex-governor’s statement said.

Qureshi, in his statement, however has denied committing any crime under the aforesaid sections and added that he is a free citizen of the country that has given him constitutional rights to speak, think, and keep faith or chose religious or other ideologies at free will as fundamental right and he has used these rights with full responsibility.

The ex-governor said that Muslims are equal citizens of India who have equal rights and they should not be begging for their rights but should be able to snatch them with inner strength.

Qureshi also said there is a section in the country that wants to raze the secular framework of the country set up by great leaders like Jawaharlal Nehru, Mahatma Gandhi and Sardar Vallabhbhai Patel and turn India into a ‘Hindu Rashtra’. “Acts and rules like CAA and NRC are first steps in this direction but the great citizens of the country will not allow this,” he said.

The ex-governor has added that he will keep opposing all anti-Muslim laws and rules like CAA, NRC through democratic and peaceful means in future too, irrespective of the outcome. He added that he addressed CAA/NRC protests gatherings at Lucknow, Shahin Bagh, Agra, Meerut, Muzaffar Nagar, Ghaziabad, Sambhal and other places too. Case was registered against him in Lucknow too and the legal proceedings were on.