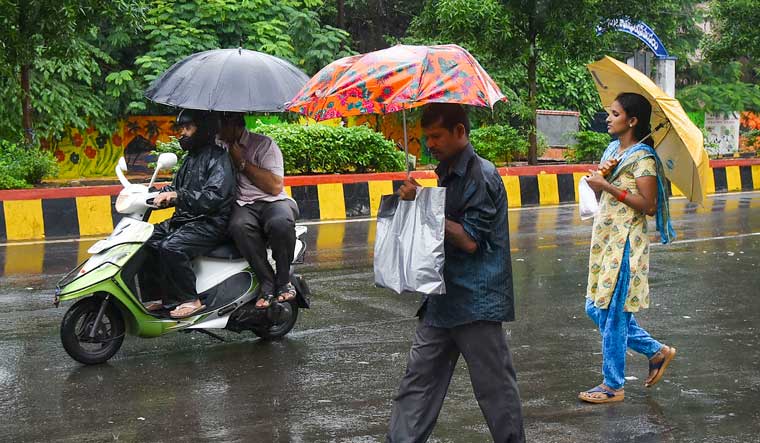 At the official conclusion of the rainy season of 2020, Madhya Pradesh has emerged with a slight rain surplus, having received five per cent more than expected average rainfall during the season.

However, nine districts of the state have remained rain deficient, while 15 districts have received excess rainfall, data released by the Regional Meteorological Centre, Bhopal, of the Indian Meteorological Department (IMD).

According to the Indian Meteorological Department, the official rainy season in the country is from June 1 to September 30, irrespective of onset and withdrawal of southwest monsoon.

In this duration, Madhya Pradesh has received 990.8mm of rainfall against the expected rain of 940.6mm (5 per cent excess). In meteorological parlance, up to 19 per cent of excess or deficient rainfall is considered normal and therefore, technically, the state is in the normal rainfall category this year.

The 30 districts that fall in West MP meteorological subdivision have received 12 per cent excess rain (964.5mm against expected rain of 857.7mm) while 21 districts in East MP sub-division got slightly less (-2 per cent) than expected rain (1,025.1mm against 1,046.4mm).

The overall normal rainfall has ensured that almost all the major reservoirs in the state are filled up to their capacity at the end of the season. This will keep the situation comfortable as far as irrigation facilities and hydroelectricity generation are concerned.

Meanwhile, the withdrawal of the southwest monsoon of 2020 has commenced in states like Rajasthan, Punjab, Delhi, Haryana, Chandigarh and parts of Uttar Pradesh. The IMD has predicted that monsoon withdrawal is likely to start in parts of northwest Madhya Pradesh in next two-to-three days.

The districts that have received deficient rainfall include Bhind and Gwalior with 32 and 31 per cent deficiency, respectively. Other rainfall-deficient districts are Mandsaur, Morena, Datia, Tikamgarh, Katni, Chhatarpur and Niwari.