No vaccine is available against this tick-borne viral disease 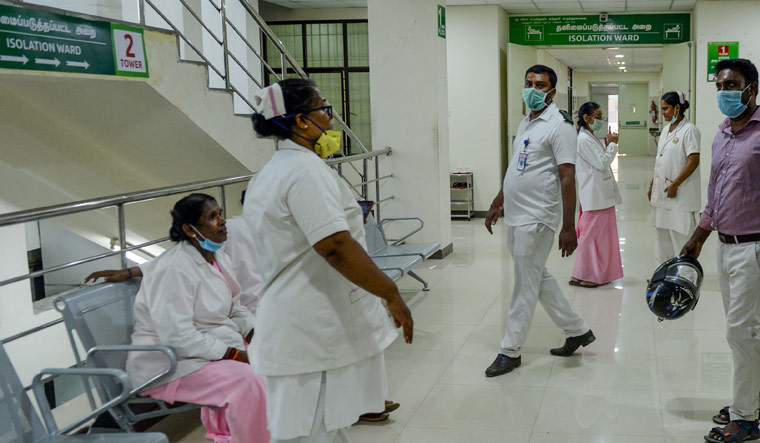 The Palghar district administration in Maharashtra has asked health authorities to remain vigilant against a possible spread of the Congo fever in the region. The health authorities have been instructed to take all necessary precautions and implement preventive measures against the tick-borne viral disease.

The warning was issued after four cases of Congo fever was reported in border districts of Gujarat.

The Palghar district administration said in the wake of the outbreak of COVID-19, this is a matter of concern for cattle- breeders, meat-sellers and animal husbandry officials, and it is necessary to take timely precautions as there is no specific and useful treatment for the CCHF.

Palghar animal husbandry department's deputy commissioner Dr Prashant D Kamble in a circular said the CCHF has been found in some districts of Gujarat, and is likely to spread to neighbouring districts of Maharashtra.

"If the disease is not diagnosed and treated in time, 30 per cent of patients die," it said.

The CCHF is a widespread disease caused by a tick- borne virus (Nairovirus) of the Bunyaviridae family. The virus causes severe viral haemorrhagic fever outbreaks, with a case fatality rate of 10 to 40 per cent, as per the World Health Organisation (WHO).

There is no vaccine available for either people or animals against the disease, it said.

Human-to-human transmission can occur resulting from close contact with the blood, secretions, organs or other bodily fluids of infected persons.

Hospital-acquired infections can also occur due to improper sterilisation of medical equipment, reuse of needles and contamination of medical supplies, according to the WHO.