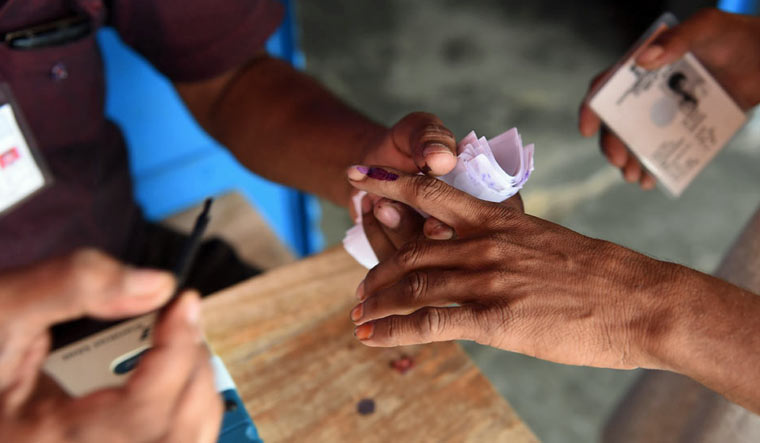 The Election Commission on Tuesday announced the poll schedule for bypolls in one parliamentary constituency of Bihar and 56 Assembly constituencies in various states, including 28 in Madhya Pradesh.

However, the Commission has decided not to announce by-elections in two Assembly seats in Assam, two in Kerala, two in Tamil Nadu and one in West Bengal at this stage on the basis of the inputs received from the states.

Inputs expressing difficulties in conduct of elections and issues related to it were received from the chief secretaries and chief electoral officers from the states, the Commission said in a statement.

The election schedule has been announced for one Lok Sabha seat in Bihar – Valmiki Nagar, and 56 Assembly seats – 28 in Madhya Pradesh, eight in Gujarat, seven in Uttar Pradesh, two each in Jharkhand, Karnataka, Nagaland, Manipur and Odisha, and one each in Chhattisgarh, Haryana and Telangana.

The counting of votes for all the 56 assembly seats and one Lok Sabha seat will be held on November 10, the same day on which the results for the Assembly elections in Bihar will be announced.