The High Court, on September 23, had issued a writ of Mandamus to the state govt 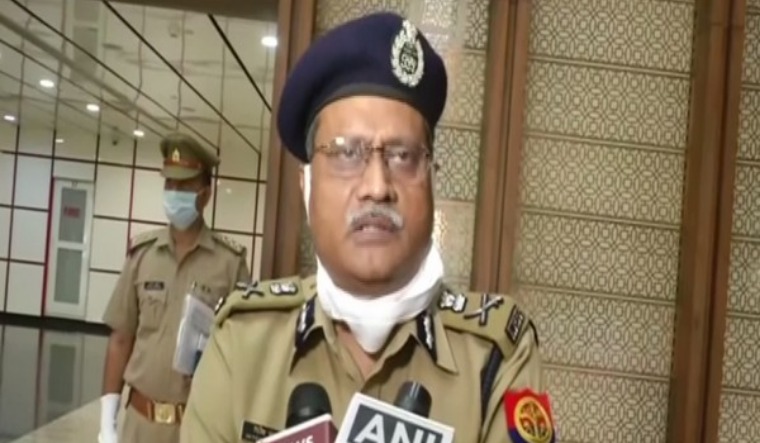 The director general of Uttar Pradesh Police has issued strict instructions to be followed to contain the spread of coronavirus in the state, after the High Court came down heavily on non-compliance with safety precautions.

The letter from DGP H.C. Awasthy, addressed to all police commissioners and senior superintendents, says that despite the numerous instructions issued by the governments at the Centre and the state, “it seems that these instructions are not being followed strictly in the districts”.

The High Court, on September 23, had issued a writ of Mandamus to the state government in response to a public interest litigation that had been filed before it.

The court had directed that no person was to be seen outside his/her home without a mask and that the mask should cover both the mouth and the nose. It had directed that a task force be formed in every district to ensure strict compliance with the precautions. The court had also specified that such task forces should include more than the number of police personnel that are presently involved in the task of COVID-19 management. The DGP has instructed that all data collected by these task forces in all the districts must be made available to the headquarters every single day. This data must include what punishments have been meted out to those who are not adhering to the protective measures. The responsibility for any laxity shall fall upon the Commissionerate concerned.

The court had also said that the administration could not get away with saying that people were not following the instructions issued. “They (administration) cannot say that despite their best efforts, masks are not being worn. The people and the administration should realise that today wearing of masks is not only for the protection of the person who is wearing it but it is now also important for protecting the whole society and if a person commits a crime against society, he has to be punished.”

The court had, however, not directed the manner of punishing those who were violating safety norms. It had observed “the police of the entire state of Uttar Pradesh has to necessarily take appropriate action under relevant provisions of the various penal laws, the moment it finds a person without a mask in public”.