He had tested positive two weeks ago 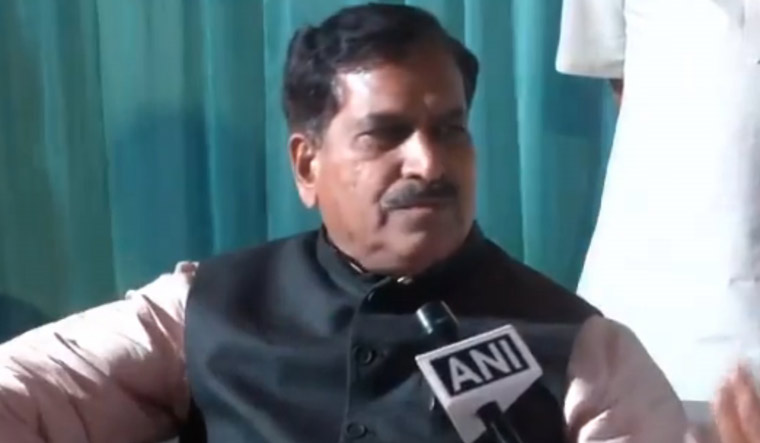 Union Minister of State for Railways Suresh Angadi (65) passed away at All India Institute of Medical Sciences (AIIMS) in New Delhi on Wednesday.

Angadi, a four-time MP from Belagavi in Karnataka, had tested positive for COVID-19 on September 11, ahead of the monsoon session of Parliament and was admitted to AIIMS Trauma Centre for treatment. Angadi had tweeted saying he was asymptomatic and doing "fine".

The news of the death of Angadi has shocked the state as he was asymptomatic and had no known co-morbidities.

Angadi was born in KK Koppa village in Belagavi on June 5, 1955, to Somawwa and Chanabasappa Angadi. A commerce and law graduate, Angadi was a RSS member and served as the Belagavi district BJP president before he was picked to contest the Parliament polls. A popular Lingayat leader, Angadi got elected for the first time in 2004, although Belagavi was a Congress bastion. In 2019, Angadi was one of the four MPs from Karnataka to join the Modi cabinet.

Angadi leaves behind his wife and two daughters.

Prime Minister Narendra Modi tweeted to condole the death of his cabinet colleague. "Shri Suresh Angadi was an exceptional Karyakarta, who worked hard to make the Party strong in Karnataka. He was a dedicated MP and effective Minister, admired across the spectrum. His demise is saddening. My thoughts are with his family and friends in this sad hour. Om Shanti."

Former prime minister H. D. Deve Gowda said, "I am shocked and deeply saddened by the demise of Union minister of state for railways and four-term MP from Belagavi Shri. Suresh Angadi. He was like a younger brother to me. I feel terrible losing him. This is an unbearable loss to our nation."

Chief Minister B.S. Yediyurappa expressed shock over the sudden demise of the minister and said, "It is a great loss not only to the party, but to the state and the country."

Karnataka Home Minister Basavaraj Bommai recalled Angadi as a dedicated worker and an excellent minister, who was most responsive to the needs of Karnataka.

Former chief minister Siddaramaiah tweeted, "Saddened by the unfortunate demise of Minister of State for Railways Shri. Suresh Angadi. He was always concerned about the development of our State. My condolences to his family members and well-wishers."