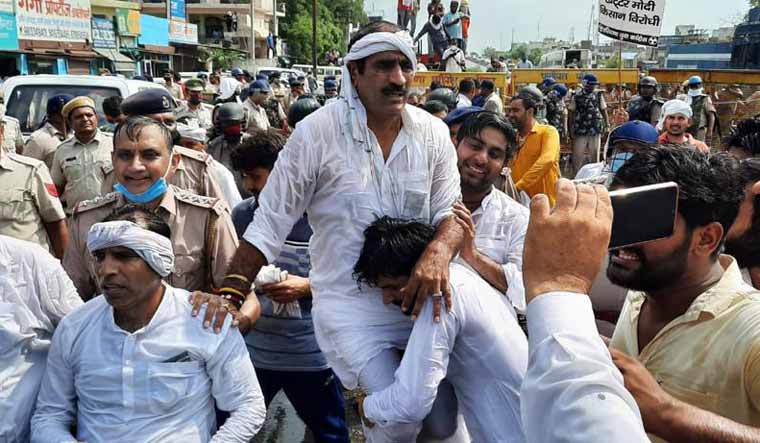 Protesters being arrested at Samalkha in Panipat, after water cannons were deployed. They were protesting against the Centre's farm reform bills | Aayush Goel

The Haryana police on Wednesday used water cannon in Panipat to stop a Haryana Youth Congress-led rally from proceeding to Delhi to protest against Centre's farm reform bills.

Indian Youth Congress president Srinivas B.V. also participated in the tractor rally which was stopped by the police at a barricade in Panipat district. 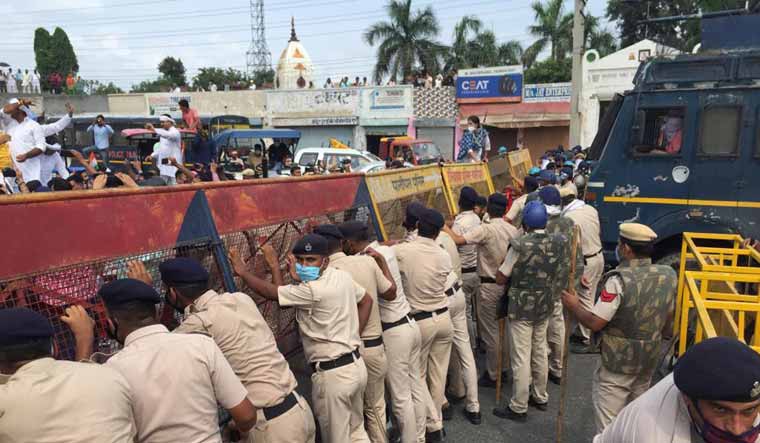 However, when some workers tried to cross the barricade, police used water cannon to disperse them. 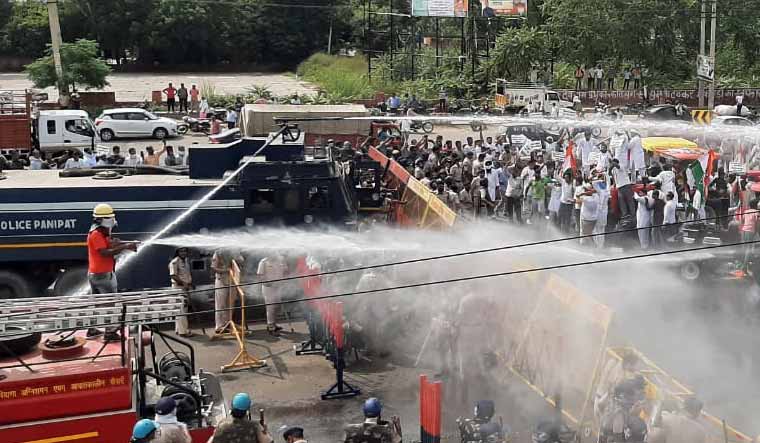 Police using a water cannon on the crowds | Aayush Goel 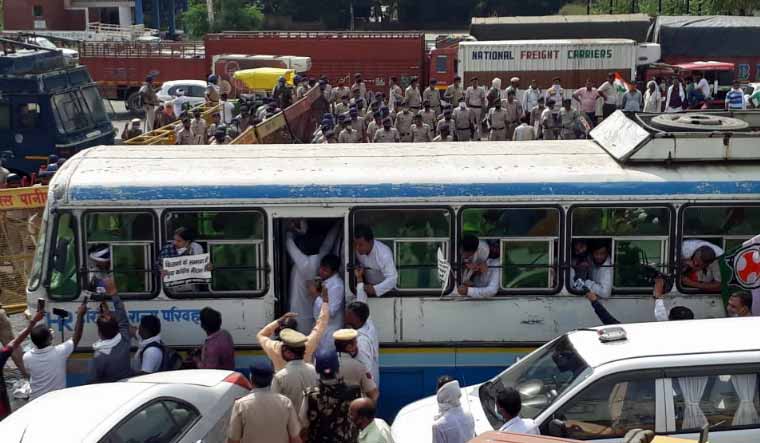 The rally, in which, youth Congress leaders claimed, many farmers were also participating, was to proceed from Panipat to Delhi, where they were to gherao the Parliament, to register their protest against the farm bills, which they dubbed as anti-farmer.

The rally also disrupted normal traffic on the national highway for some time.

Earlier on Sunday, the Haryana police had used a water cannon to stop Punjab Youth Congress workers from entering the Ambala district and travelling ahead to Delhi as part of their tractor rally against the farm bills.

The Farmers Produce Trade and Commerce (Promotion and Facilitation) Bill and the Farmers (Empowerment and Protection) Agreement on Price Assurance and Farm Services Bill were passed by both Houses of Parliament, amid protests by opposition parties, including the Congress, TMC, DMK and the Left, besides some farmers' groups.

The Essential Commodities (Amendment) Bill, 2020, was passed in Rajya Sabha on Tuesday.