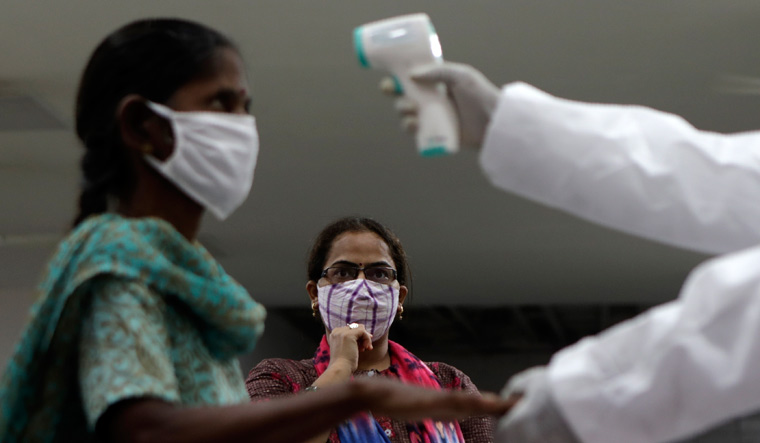 According to a ministry statement, a total of 93,356 patients have been discharged in the last 24 hours | AP

India’s COVID-19 recovery rate has crossed the major landmark of 80 per cent, the highest in the world, the Union health ministry said on Monday. The country registered over 90,000 recoveries for the third successive day.

According to a ministry statement, a total of 93,356 patients have been discharged in the last 24 hours. Twelve states and Union territories have registered recovery rate more than the national average while 79 per cent of the new recovered cases are from 10 states/UTs.

“The total recovered cases are close to 44 lakh (43,96,399) today. India tops the global figure of total recoveries. It accounts for more than 19 per cent of the world total,” the statement said.

Meanwhile, a total of 86,961 new cases have been reported in the country in the last 24 hours. Seventy-six per cent of the new confirmed cases are concentrated in 10 states/UTs.

The country witnessed 1,130 COVID-19 deaths in the last 24 hours with 10 states/UTs accounting for 86 per cent of those deaths.

Maharashtra reported 455 deaths followed by Karnataka and Uttar Pradesh with 101 and 94 deaths, respectively.