Children in anganwadis will get milk from September 17 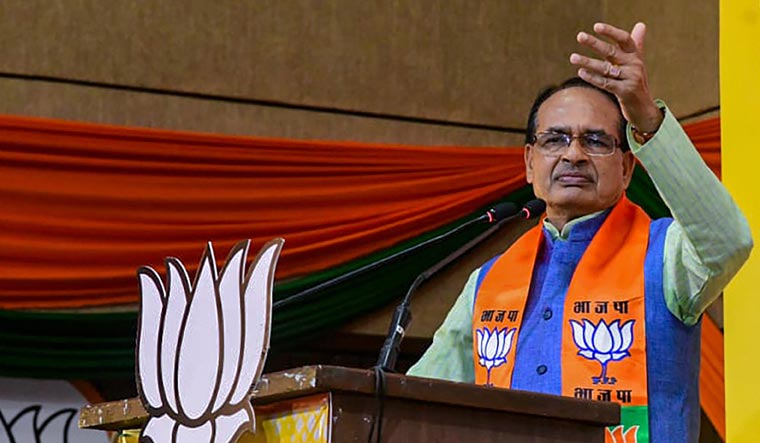 Despite repeated assertions of the Madhya Pradesh Women and Child Development Minister Imarti Devi that eggs will be given at anganwadis to children who have no objection to eating them, Chief Minister Shivraj Singh Chouhan on Tuesday put an end to the possibility, by saying that children will get milk and not eggs.

The chief minister—who is a strict vegetarian and also a known opponent of the idea of providing eggs to the children to combat malnutrition in the state—reiterated his stand at a programme held at the BJP headquarters in Bhopal.

Chouhan said “the party (BJP) will distribute fruits, and the government will provide milk at anganwadis. Children will get milk, not eggs. The milk distribution will commence at the anganwadis from September 17 (birthday of Prime Minister Narendra Modi).”

Chouhan's statement comes within a few days of Imarti Devi's repeated statements about the importance of providing eggs to children who consume them, especially children of scheduled tribe and scheduled caste categories, as well as to the pregnant women to combat malnutrition among them.

The minister, who had moved a proposal in this regard while holding the same portfolio in the Kamal Nath-led Congress government last year, seems to have hit a policy roadblock with her new party. The Kamal Nath government had ‘in principle’ agreed to the proposal and steps were afoot to start the scheme from April 2020. However, the government collapsed before that.

Imarti Devi stirred the hornet's nest earlier this month in Gwalior by saying that she stands by the proposal and will take it up with the chief minister too. While the Congress started making jibes over the issue, she repeated her statement in Bhopal and added that why should vegetarian communities and “big people” have objection if eggs are provided to SC/ST children who face the scourge of malnutrition.

Rajya Sabha member Jyotiraditya Scindia, who Imarti Devi has a strong affiliation to, had taken a ‘safe stand' over the issue, saying that it was for the government to decide on the matter.

Interestingly, a scheme to provide flavoured milk to children in anganwadis was launched in 2015 after Chouhan, who was chief minister then also, had rejected a proposal on providing eggs to kids. The scheme, however, remained poorly implemented with children showing dislike for the milk prepared from packaged powder. With a fresh announcement in this regard, the implementation method remains to be seen, food rights activists have said.

Imarti Devi could not be contacted for comments over the chief minister’s statement. However, the MP Congress launched a fresh attack on the BJP government. Vice-president of the state Congress media cell, Syed Zaffar tweeted “Shivraj ji has been in the news regarding malnutrition earlier too and now again he is in news because he is not able to decide what and what not to give the children. The minister says we will give eggs, you say we will give milk. Do decide what you want to give to the children. The situation of malnutrition is worsening in the state. Children are dying. Elections will come and go, but please make arrangements, so that children don't get malnourished. About 42.8 per cent children, or 48 lakh children, in the state are malnourished while 68.9 per cent children are anaemic.”