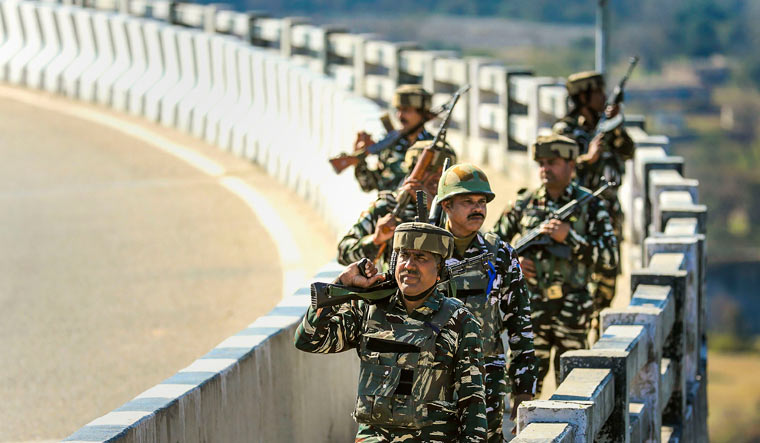 Representational image: CRPF personnel on patrol along a highway in Jammu and Kashmir | PTI

As many as 138 terrorists were killed by security forces between March and August this year, the Lok Sabha was informed on Tuesday.

Union Minister of State for Home G. Kishan Reddy said Jammu and Kashmir has been affected by terrorism, which is sponsored and supported from across the border, for more than the last three decades.

Reddy said that the government has adopted a policy of zero tolerance towards terrorism and security forces are taking effective and continuous action in countering terrorism.

"As a result, 138 terrorists have been neutralised in Jammu and Kashmir from March 1, 2020, to August 31, 2020. During this period of six months, 50 security force personnel have attained martyrdom in terrorist-related incidents and ceasefire violations, cross border firings in Jammu and Kashmir," he said replying to a written question.

There were 176 attempts of infiltration from across the border from August 2019 to July 2020 and 111 were successful, he added.