Nageswara Rao has not shied away from inflammatory social media posts 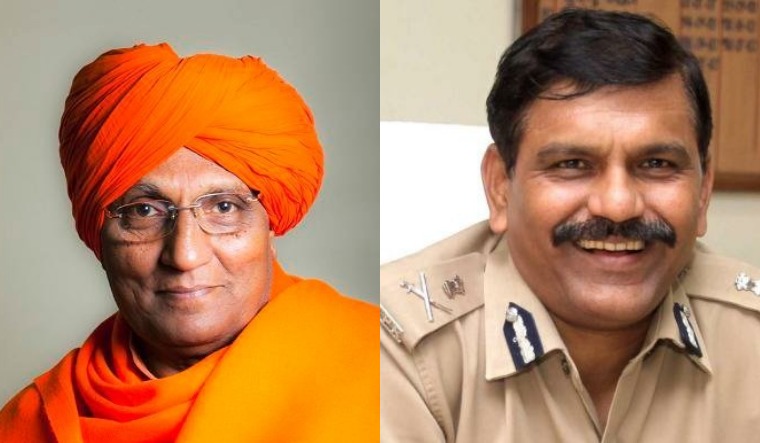 A collage of Swami Agnivesh (left) and M. Nageswara Rao | Via Twitter

Nageswara Rao, who retired from service on July 31, had briefly headed the CBI following the spat between Ashok Asthana and then CBI chief Alok Verma in October 2018.

GOOD RIDDANCE @swamiagnivesh
You were an Anti-Hindu donning saffron clothes.
You did enormous damage to Hinduism.
I am ashamed that you were born as a Telugu Brahmin.
మేక వన్నె పులి
गोमुख व्याग्रं
Lion in sheep clothes

My grievance against Yamaraj is why did he wait this long! https://t.co/5g7oKL62pO

Nageswara Rao on Friday described the death of activist Swami Agnivesh as "good riddance" and claimed he did "enormous damage to Hinduism".

Nageswara Rao tweeted, "GOOD RIDDANCE @swamiagnivesh You were an Anti-Hindu donning saffron clothes. You did enormous damage to Hinduism. I am ashamed that you were born as a Telugu Brahmin. Lion in sheep clothes My grievance against Yamaraj is why did he wait this long!"

Not surprisingly, the tweet by Nageswara Rao attracted a barrage of criticism. Activist and commentator Rahul Easwar termed it as "Hate Virus".

Nageswara Rao responded to him by declaring, "Hinduism is NOT Faith. It's Dharma..." in a tweet. He also asked Easwar whether he was a follower of Agnivesh.

Historian S. Irfan Habib also criticised Nageswara Rao for his comments on Agnivesh. Habib tweeted, "You are a disgrace. Can imagine what all you must have done as a police officer? Abusing the dead may be Hindutva but is certainly not Hinduism. Better late than never. Get yourself treated."

However, Nageswara retorted to this by describing Habib as "parasitic bigot" and accused him of "lifetime fraud".

Nageswara Rao wrote, "Whole world knows what fiction you @irfhabib wrote &peddled it as history. None requires lessons about our own ancient Hindu civilisation, Hinduism/Hindutva, from a parasitic bigot like you. Please go & teach how did Zoroastrianism disappear, as penance for your lifetime fraud."

Nageswara Rao has not shied away from controversial social media posts, even while in service and has not backed away from responding to critics.

On July 20, he tweeted, "Church is biggest real estate holder in India, which generates enormous income. Lease of many prime properties expired long ago. States can auction them to raise funds for vikas."