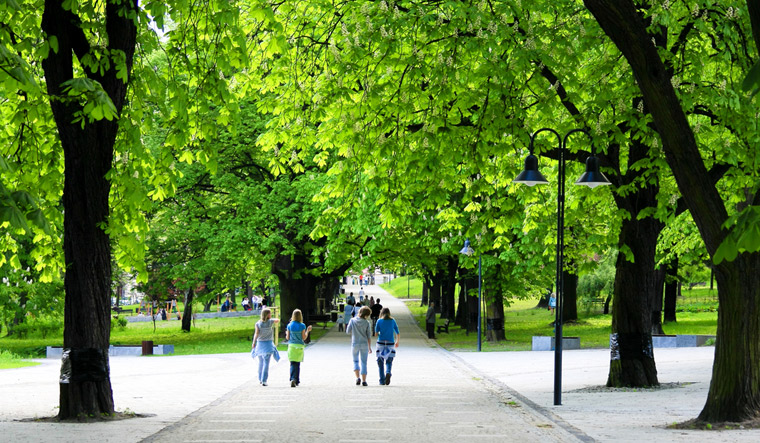 Today, on the occasion of the first UN declared International Day of Clean Air for blue skies, the Centre for Science and Environment put forth a strategy to meet clean air goals.

At its 74th session, last year, the United Nations General Assembly had asked for this day to build awareness on clean air for health, productivity, economy and environment at all levels—individual, community, corporate and government.

The year has seen cleaner air than ever in the recent past, though due to an unprecedented pandemic.

A note released by the New Delhi-based CSE has unveiled a new analysis, asking for a ‘green’ recovery strategy to help maintain and even exceed the level of ambition under the National Clean Air Programme (NCAP)—about 20-30 per cent reduction in particulate pollution in non-attainment cities by 2024.

The CSE strategy draws on analysis from two critical next generation strategies in the transportation sector—bus transport and electrification of vehicular fleet—to underscore the importance of an accelerated roadmap for greening of mobility infrastructure and zero emissions transition in the automotive sector.

The note says, “While air quality has improved by default during the pandemic, the systems needed for sustaining this air quality improvement are under severe economic stress. Without a strategy for green recovery, the goals laid down by the National Clean Air Programme (NCAP) cannot be met.” It has also called for designing a stimulus package to meet clean air goals.

While the bus transport sector has need for almost four times the number of currently existing buses, the pandemic had severely reduced demand for such services. A CSE survey of middle to high income groups in Delhi and NCR has shown that preference for public transport is likely to reduce by 27 per cent within the six months of the lockdown. Recovery is likely to be slow because of the contagion and this will directly impact the funds needed for scaling up the transport system for clean air goals.

The note reads, “SRTUs (State Road Transport Unions) are already burdened with accumulated financial losses. The aggregated net losses of SRTUs between the years 2010 and 2016 have escalated by 48 per cent—from Rs 5,899 crore to Rs 11,350 crore. The GIZ estimates further show that the traffic revenue will be reduced by 48 per cent in 2020-21 due to the pandemic….This will increase the annual viability gap-funding requirement by 69 per cent for bus transport agencies in India. This results in poor bankability of the state transport corporations, limited revenue sources with urban local bodies, and disproportionate share of transport-related funding going to road infrastructure, which further aggravates the challenge”.

The note suggests need for immediate fiscal support without which new investments needed to modernize the bus system, improve service level for wide geographical and population coverage in cities, upgradation of IT-based passenger information system, etc. will get stalled.  It has been more than a decade since the National Urban Transport Policy (NUTP), 2006, provided for levy of dedicated taxes to be credited for an urban transport fund, which would be used exclusively to meet urban transport needs within the states. Even though only a few states such as Rajasthan and Karnataka have done that so far, this strategy needs to be further developed. The note also suggests that the country can learn from cities such as Hong Kong which has the most elaborate package to support both bus operators and commuters.