Processors, RAMs, SSDs with data were stolen from the under-construction ship in 2019 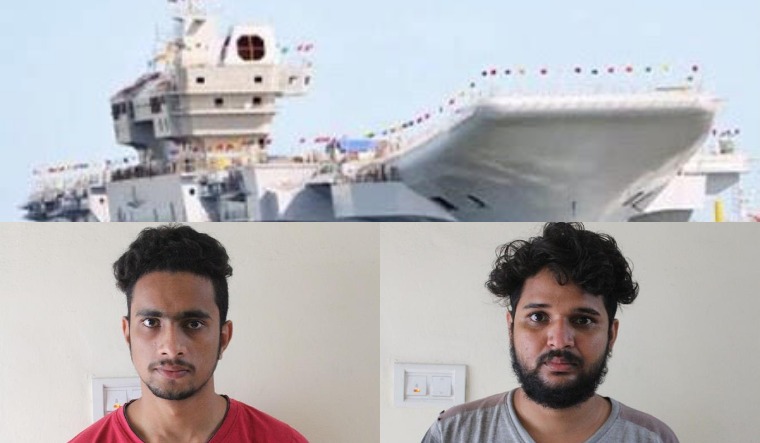 The National Investigation Agency has filed a charge-sheet against two accused in the case of theft of computer devices from the Indigenous Aircraft Carrier that is under construction at the Cochin Shipyard Limited (CSL), between July and September 2019.

The NIA filed the charge-sheet on Friday against accused persons Sumit Kumar Singh, son of Pramod Kumar Singh, resident of Munger district, Bihar, and Daya Ram, son of Bhanwar Lal, who is a resident of Hanumangarh district in Rajasthan. They were charged under various sections of Indian Penal code and the Information Technology Act.

The accused have been charged for criminal trespass and theft of critical electronic components including processors, random access memory and solid state drives, installed aboard the Indigenous Aircraft Carrier (IAC).

The Central anti-terror agency was handed over the case since it had national security ramifications and inter-state connections.

The NIA probe has revealed that both Sumit Kumar Singh and Daya Ram were engaged as contract employees for painting work aboard the IAC between February and September 2019.

“While working aboard the IAC, they had observed the computer systems functioning on the warship under construction and conspired, since May 2019, to commit theft of computer hardware components for monetary gain,” said the NIA officials.

It was in the second week of July and first week of September 2019 that both accused trespassed into the locations aboard the IAC, where the critical computer resources were installed and committed theft of critical computer hardware including processors, RAMs and SSDs with data, knowing that the same pertains to national security and hence is restricted.

Then in September 2019, the accused sold one stolen processor for monetary gain, before the theft was detected and the case registered. Subsequently, in September-end, the accused left Ernakulam for their native places, along with the remaining stolen property, which was recovered after their arrest by NIA on June 10.

The NIA then re-registered the case on September 26, 2019, after taking over the investigation from Kerala Police. NIA officials said that it was after extensive and scientific  investigation across many states over a period of nine months, that the counter-terror agency zeroed in on the two accused persons. They were arrested from their respective locations in Bihar and Rajasthan. After sustained interrogation, they confessed to the crime.