Imam was arrested on August 25, booked under the UAPA act 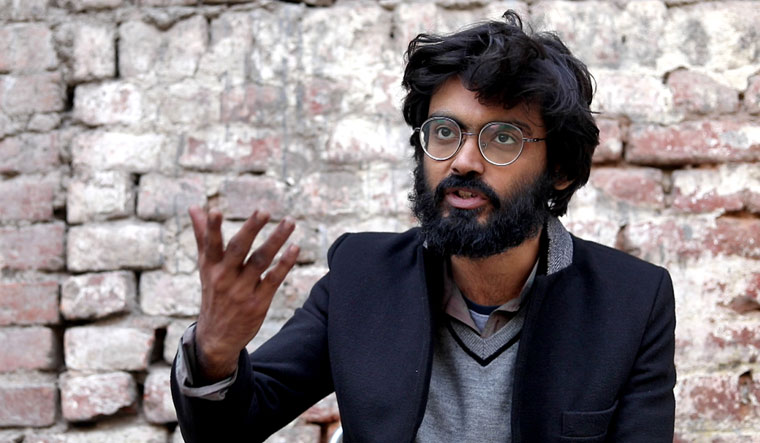 A Delhi court Thursday sent JNU student Sharjeel Imam to judicial custody till October 1 in a case related to communal violence in northeast Delhi in February.

Imam, arrested by the Special Cell of Delhi Police on August 25, has been booked under the stringent anti-terror law the Unlawful Activities (Prevention) Act, for allegedly being part of a premeditated conspiracy in connection to the riots during protests against the Citizenship Amendment Act.

Additional Sessions Judge Amitabh Rawat sent Imam to jail considering the nature of the investigation in the case.

"Considering the nature of the investigation as also the case record, application is allowed, Accordingly, Sharjeel Imam is remanded to judicial custody till October 1," the court said in its order.

Police had moved an application for 30 days judicial custody of Imam.

The court had earlier sent him to police custody for three days.

Umar Khalid has not been arrested in the case yet.

The police had claimed in the FIR that Umar and his associates had instigated people to start riots in the area and it was a premeditated conspiracy.

Imam was also arrested on January 28 in the case related to violent protests against the Citizenship Amendment Act near the Jamia Millia Islamia University in December last year.

The PhD student at the Jawaharlal Nehru University's (JNU) Centre for Historical Studies has been booked on sedition and other charges after purported videos of his alleged inflammatory speeches made during protests against the Citizenship (Amendment) Act (CAA) were circulated on social media.

He was also arrested by the Guwahati police in a case registered against him under the UAPA in Assam.

Communal clashes had broken out in northeast Delhi on February 24 after violence between citizenship law supporters and protesters spiralled out of control leaving at least 53 people dead and around 200 injured.