An official said Nritya Gopaldas did not have fever, but had breathlessness 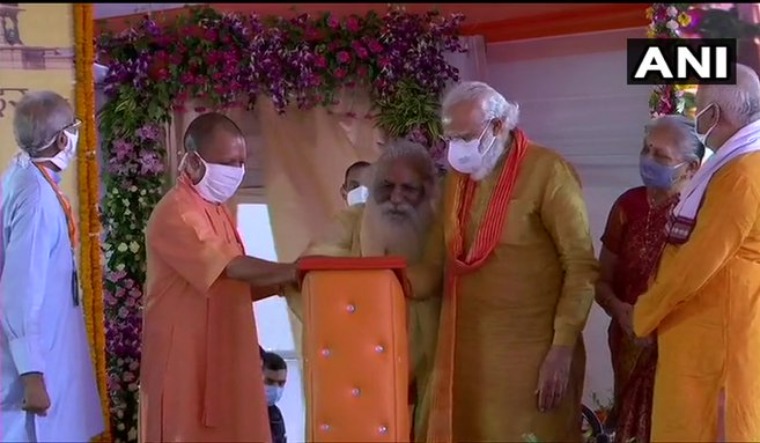 News agency ANI reported on Thursday that Uttar Pradesh Chief Minister Yogi Adityanath had taken details of the health of Nritya Gopaldas, who is 82 years old. Adityanath spoke to the district magistrate of Mathura and Medanta Hospital officials to ensure immediate attention for Nritya Gopaldas.

An official said Nritya Gopaldas did not have fever, but was experiencing some breathlessness. Gopaldas could be shifted to the Medanta Hospital in Gurgaon.

Worryingly, Nritya Gopaldas had shared a stage with Prime Minister Narendra Modi at the 'bhoomi pujan' of the Ram Mandir in Ayodhya on August 5. At the event, Gopaldas, who stood in proximity to Modi, was shown not wearing a mask.

In the days prior to the Bhoomi Pujan, at least two priests performing rituals at the Ram Janmabhoomi premises and 16 security personnel had tested positive for COVID-19.