If this can happen to a MLA, what would happen to others, he asked 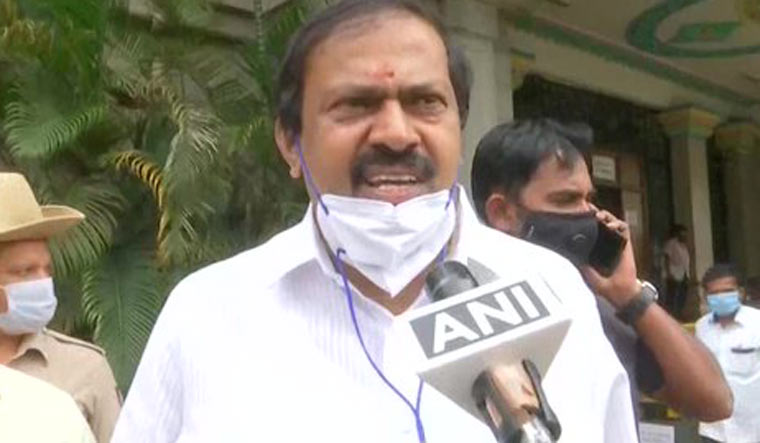 Congress legislator Akhanda Srinivasa Murthy, who faced the wrath of a violent mob that went on a rampage in Bengaluru, irked over a social media post on Prophet Muhammad allegedly put up by a relative of a the MLA, rued that if this can happen to a MLA, what would happen to others.

According to news agency ANI, the Pulakeshinagar MLA said police should investigate the violence and take action against the culprits. "Yesterday some unknown people set my house on fire, they hurled petrol bombs. Police should investigate and take action against culprits. If this can happen to an MLA, what would happen to others," the MLA was quoted as saying.

Further, he said he spoke to home minister, police officials and leaders from his party about the incident. He added that those who perpetuated the violence are not from his constituency, but outsiders. "It will be good if I get security," ANI quoted him as saying.

Earlier, in a video message, the MLA had appealed for peace. “I am making a request to my Muslim brethren. There is no need to be violent. I will ensure that proper legal action is initiated against the perpetrators. I request you to maintain peace and harmony and I will be with you for this,” he said in the video.

Three people were killed in police firing and scores of others wounded, including at least 50 policemen in the violence and arson that erupted in the city on Tuesday night and continued till the wee hours of Wednesday. The violent crowd set on fire police vehicles and barged into DJ Halli police station on the intervening night of Tuesday and Wednesday and damaged the property.

Karnataka Chief Minister B.S. Yediyurappa had termed the violence "condemnable" and said he ordered "strict action against the miscreants and the government has taken adequate measures to bring the situation under control."