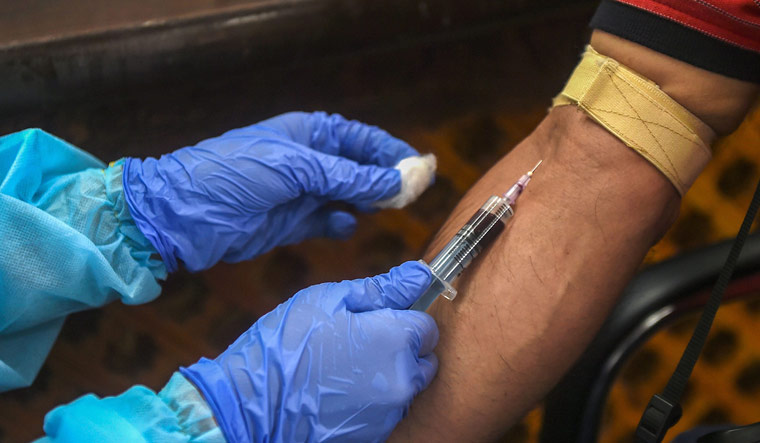 The Mumbai civic body has started the second phase of sero-surveillance study in the city from Monday to assess the spread of COVID-19 and how many people have developed antibodies against the disease.

The study will provide information about the spread of the infection and also throw light on herd immunity, he said.

"The sero-surveillance study will give an insight into the spread of COVID-19 and development of antibodies. The paper work for the survey has begun from today," Additional Municipal Commissioner Suresh Kakani said.

If everything goes as per the plan, the survey is expected to be completed in 12 days, he said.

A serological survey involves testing of blood serum of individuals to check for the prevalence of antibodies against an infection.

The sero-survey conducted in the first half of July revealed that 57 per cent of slum population and 16 per cent of non-slum residents in the three civic wards had developed antibodies. It showed high proportion of asymptomatic COVID-19 infection in the city.

During the study last month, 6,936 samples out of an estimated 8,870 were collected from slum and non-slum population of the three civic wards.

The serological surveillance for SARS-CoV2 infection has been jointly commissioned by the NITI Aayog, the BMC and the Tata Institute of Fundamental Research (TIFR).

The study is being carried out in collaboration with organisations like the Kasturba Molecular Diagnostic Laboratory, Translational Health Science and Technology Institute (THSTI), A T E Chandra Foundation and IDFC Institute.