'Is this India or Hindia', asks Stalin on CISF official's remarks to Kanimozhi on Hindi

Is Hindi the yardstick for being an Indian, he asked 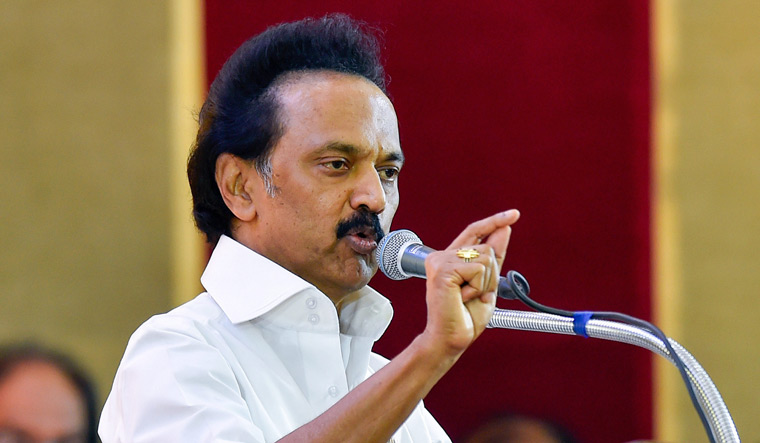 DMK president M.K. Stalin on Monday took umbrage over the incident in which his sister and party MP Kanimozhi was asked by a CISF official if "she was an Indian" as she could not speak Hindi, asking if knowing that language was the 'yardstick' of being an Indian.

"Is Hindi the yardstick for being an Indian. Is this India or Hindia," the DMK chief said in a tweet.

Kanimozhi has alleged a CISF official at Chennai airport had asked her if "she was an Indian" as the DMK leader could not speak Hindi.

Stalin, whose party, as a policy, is opposed to the "imposition" of Hindi for decades, further said in the tweet that those trying to "bury pluralism" will get "buried."

On Sunday, Kanimozhi had tweeted "today at the airport a CISF officer asked me if 'I am an Indian' when I asked her to speak to me in Tamil or English as I did not know Hindi," prompting the paramilitary force to order an inquiry.

"It is not the policy of CISF to insist upon any particular language," it said.