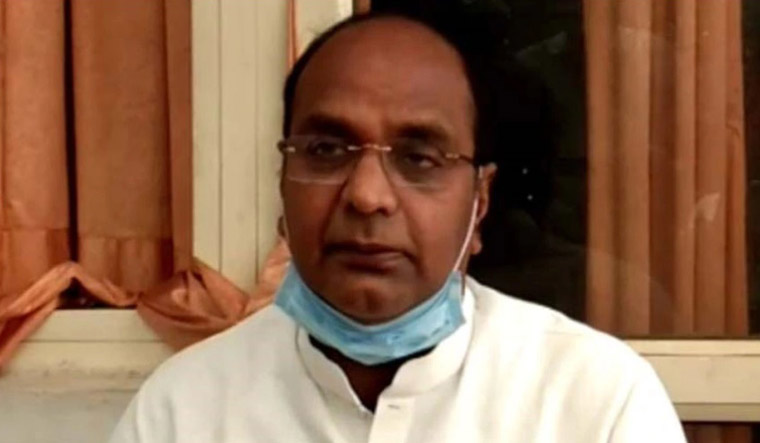 Madhya Pradesh Medical Education Minister Vishwas Sarang tested positive for COVID-19 on Sunday, making him the fourth minister of Shivraj Singh Chouhan cabinet to contract the infection. The chief minister himself was also admitted to a private hospital in Bhopal for 11 days after getting infected recently.

Sarang tweeted to share his positive status and said that he has isolated himself at home, while urging those who came in his contact recently to get themselves tested, too.

At least a dozen MLAs, including the ministers and the chief minister in Madhya Pradesh, have till now tested positive for COVID-19. Three among them, including ex-minister Lakhan Ghanghoria, are from the Congress while others are from the ruling BJP. Also, several other prominent politicians including the state BJP president V.D. Sharma, organising general secretary Suhas Bhagat, ex-Union minister Vikram Verma have contracted the infection. Rajya Sabha member Jyotiraditya Scindia also got infected in New Delhi last month.

The medical education minister’s test report came positive on a day when the state reported another 868 positive cases to take the COVID-19 positive tally in the state to 39,025. Also, 19 more deaths were reported on the day to take the death toll to 996.

Meanwhile, during the daily review meeting of COVID-19 situation on Sunday, Chief Minister Chouhan directed that steps should be taken to bring down the death rate in the state. A big jump in the figure of deaths has been reported in the state with as many as 129 deaths in the past nine days. The death toll in the state (996) is poised at 1,000 mark.

The chief minister, through video conferencing, held detailed discussions on the strategy to bring down the death rate with deans of medical colleges, medical experts and senior officers. A detailed ‘corona care and treatment advisory’ is being issued by the state government on basis of the discussion.

During the meeting, the chief minister also announced that he will donate plasma for treatment for the needy COVID-19 patients.