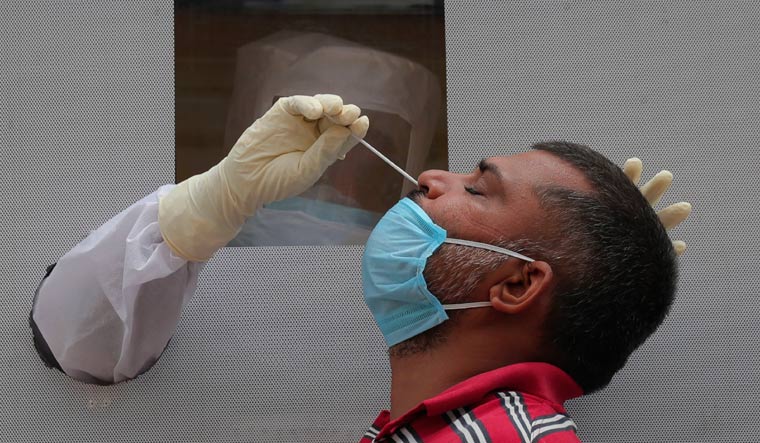 The Covid-19 infection situation is worsening in Madhya Pradesh as 6,351 cases and 110 deaths have been reported in the state in the duration of a week since August 1. The infection tally stands at 38,157 as on August 8 evening and the death toll has jumped to 977, data released by the state health department shows.

Capital city Bhopal has turned into the new Covid-19 hotspot of the state since past few weeks and is the biggest contributor to the positives tally and death toll during the past week, too. Bhopal reported 1,226 cases from August 1 to 8, taking its tally to 7,539. It also reported as many as 35 deaths in the duration, taking the toll to 211.

Indore, however, continues to have the highest overall number of cases at 8,343, of which 1,015 were added in past eight days. In this duration, 19 deaths were reported in Indore, taking its tally to 330.

Even as the situation worsens, the state government is sticking to its stand of no large-scale lockdowns. As of now, restrictions are in place only on Sundays across the state. Despite reporting a high number of cases and deaths, the Saturday restrictions were lifted in Bhopal from this week. Also the duration of opening of markets on the weekdays has been increased by two hours to 10pm.

Home Minister Narottam Mishra had made it clear a few days ago that lockdowns cannot be imposed eternally as it hampers economic and livelihood activities and people will have to learn to take precautions and follow preventive measures.

The powers given to the district authorities to impose lockdowns as required by local circumstances have also been revoked. Now, any such decision will be taken at the government level.

The state has, however, barred public celebrations of festivals like Ganeshotsava, Muharram and Janmashtami to prevent mass gatherings.