The funeral of Captain Sathe will be held on August 11 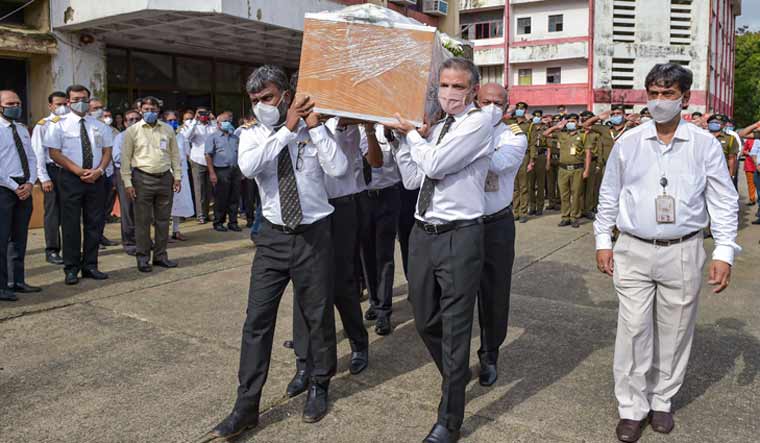 The mortal remains of Captain Deepak Sathe, who was pilot-in-command of the ill-fated Air India Express plane that crashed in Kerala, were brought here in a flight on Sunday afternoon.

The funeral of Sathe (58), who was a resident of suburban Chandivali in Mumbai, will take place on Tuesday, a senior Air India official told PTI.

One of two sons of the Sathes will reach India from the USA on Monday night, he said.

The mortal remains were kept at the Air India facility near the Terminal 2 of the Chhatrapati Shivaji international airport here for some time before being taken to Bhabha hospital this afternoon.

Sathe's wife Sushma and one of their sons accompanied the body.

Pilots, crew of Air India and ground staff paid tributes to the late captain at the airport.

The flight from Dubai with 190 people on board, including a six-member crew, overshot the tabletop runway on Friday night while landing at the Kozhikode airport in heavy rain, fell into a valley 35 feet below and broke into two, killing 18 people, including both pilots.

Meanwhile, family members of late Sathe based in Nagpur have asked the media to respect their privacy in this hour of grief.

A close relative on Sunday said the entire Sathe family stands together in this hour of grief.

"In the present situation, we are not interested in replying to any queries. Accordingly, do not force us to respond," reads a message sent by a family member when asked about the schedule of funeral.