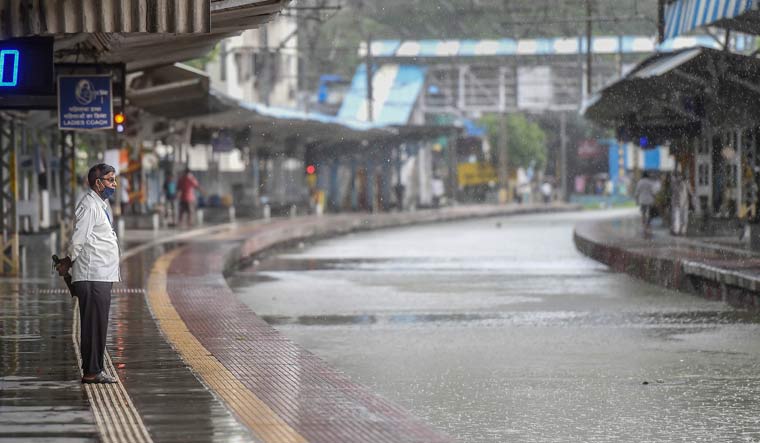 Heavy to very heavy rainfall is likely in parts of Maharashtra due to a low pressure area formed over north-west and adjoining west-central Bay of Bengal, the India Meteorological Department said on Sunday.

Most of the places in Maharashtra received rain or thunderstorms on Saturday, an IMD official said.

Heavy rainfall is likely at some places in the Western Ghat sections of Madhya (central) Maharashtra and coastal region of the state starting Sunday, the official said.

"Heavy rainfall is expected over the Vidarbha region on Monday while Madhya Maharashtra would receive thunderstorms accompanied with lightning, the official said.

Mumbai and other parts of the western coast would witness strong winds with speed reaching up to 50 to 60 km per hour, he said.

In the morning, the IMD said the south west monsoon is expected to become active again over Mumbai and other parts of coastal Maharashtra from Monday after moderate rainfall in the city and neighbouring areas in the last two days.

Mumbai received a record rainfall on Wednesday and in the last two days, the city and suburbs received 20 mm to 45 mm downpour, an IMD official said.