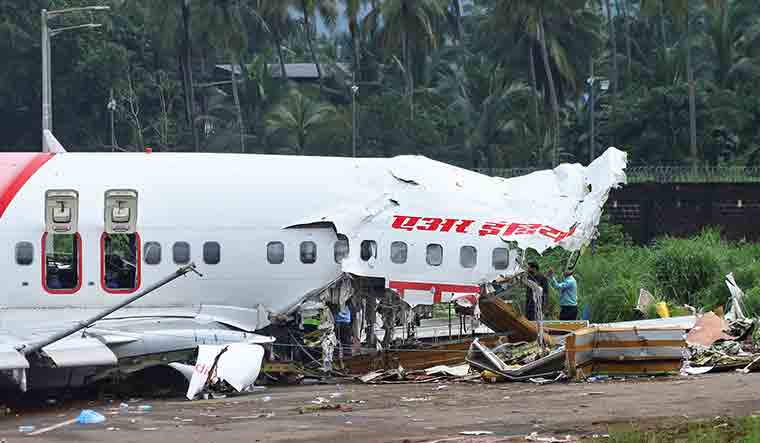 His statement comes, after an Air India Express aircraft from Dubai, with 190 on board, skidded off the tabletop runway in Kerala's Kozhikode airport. Eighteen people, including the pilot, lost their lives.

"In a country like India, there are many hill stations. Such a demand of not having a tabletop airport deprives those places of an airport, which is not the right thing to do. Different runways have the capacity to withstand different kinds of aircraft. To my knowledge, the runway in Kozhikode airport does not support wide-body aircraft. It only supports narrow-body aircraft. Only after a thorough inquiry will such details emerge," said Raju to THE WEEK.

He said there was no headway in the expansion of the airport in Kozhikode, which is a worry.  "More than 200 acres of land was required there for the development of the airport when I was at the helm at the aviation ministry. I am not sure if it has been acquired even now. You see, every aircraft manufacturer wants to know about the length of the runway. You cannot land an aircraft on a runway that doesn't suit it. When I was the civil aviation minister, such details were looked into thoroughly. We did not see any commercial aircraft crash during that time. We cannot play with human lives. It is of paramount importance," said Raju.

Sources said the repair and maintenance works were not as effective at the Kozhikode airport, and that the Director General of Civil Aviation (DGCA) had prepared a report in 2019, which, along with this, had mentioned excess rubber and cracks on the runway. The DGCA had instructed the officials in Kozhikode airport to rectify these problems, but, it seems, nothing was done.

Earlier, Union Civil Aviation Minister Hardeep Puri said the accident appears to have been caused by a slippery runway, as the pilot attempted to land on the tabletop runway amid heavy rains.

An excess rubber on the runway, experts say, affects the level of friction of the runway, thereby reducing the braking and ground handling performances of an aircraft. This can lead to a flight overrunning the runway, like how it happened at Kozhikode on Friday night.

"The runway re-carpeting works at the Cochin International Airport (CIAL) got over in March," said V.J. Kurian, the managing director of CIAL, to THE WEEK.

"Rubber deposit removal procedures on runways are done periodically across all airports in the world. In Kochi, we removed excess rubber on the runway with a device brought from Sweden. In airports like Delhi and Mumbai, it is done every six or seven months," said Kurian.

He said he is not aware as to what exactly led to the flight mishap in Kozhikode. "It will be premature on my part to comment about it now. Let us wait for the final report from the DGCA to come out," said Kurian.

There is also criticism on how flights were allowed to operate during heavy rainfall. Malappuram district, where the Kozhikode airport is located, was issued a red alert, some days ago, for heavy rainfall, till August 11, by the Indian Meteorological Department.

"The flight's speed could not be reduced after landing because of the excess water on the runway. This makes negotiating the plane extremely difficult. The Kannur airport is less than 100km from the Kozhikode airport. All flights that were supposed to land in Kozhikode airport on that day could have been redirected to Kannur airport. To say that some flights had landed safely at the airport, prior to the ill-fated Air India Express, is not a sound argument. Why take such a risk in the first place," said an aviation expert who did not wish to be named.

Malappuram district collector K. Gopalakrishnan said 18 people have died so far in the flight accident. "23 people are critical, and another 23 have been discharged from various hospitals nearby. Whether the airport had to be closed yesterday because of excess rainfall requires more technical assessment," said Gopalakrishnan to THE WEEK.