The minister asks people to refrain from making speculative observations 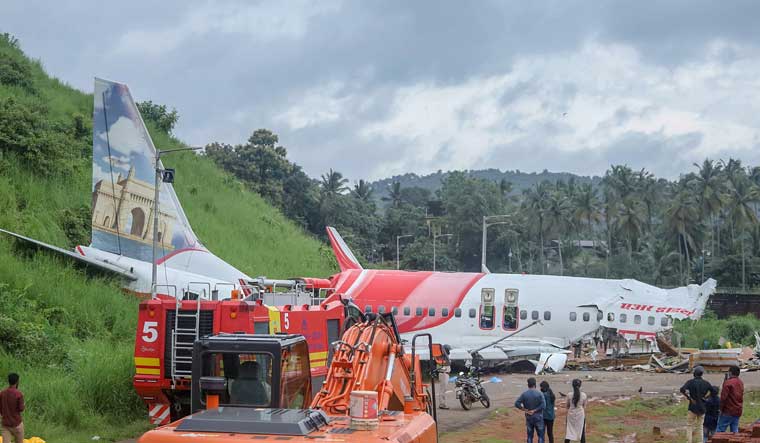 Civil Aviation Ministry Hardeep Singh Puri said on Saturday that an enquiry has been ordered under the Aircraft Act into the Air India flight accident in Kozhikode and the findings of the probe will be made public. Puri said black boxes of the ill-fated flight have been recovered.

The Air India Express flight from Dubai with 190 people on board skidded off the runway and fell into a valley while landing at Kozhikode international airport amid heavy rains on Friday night. Eighteen people, including both pilot and co-pilot, lost their lives in what could be the first major plane accident in Kerala.

“Some of my colleagues in the political system have raised queries regarding Kozhikode air accident without ascertaining facts,” Puri said in a series of tweets. “I will encourage all to exercise patience and refrain from making speculative observations bordering on the irresponsible,” he said.

Responding to allegations that the removal of ban on wide body aircraft's landing at Kozhikode airport was what led to the mishap, Puri said the plane which met the accident would not belong to that category.

“I would like to remind my colleagues that the aircraft involved in the incident at Kozhikode was a B-737-800 which is not a wide body aircraft. As far as wide body aircraft are concerned, DGCA had carried out a thorough assessment and prescribed comprehensive mitigation measures,” he said.

Kozikhode airport has a total footfall of 3.2 million passengers per annum with 70-80 aircraft movement per day, he said, adding that the total wide body operations are only four per cent of the total.

Puri said all issues such as excessive rubber deposits, water stagnation and cracks that were red-flagged by aviation regulator DGCA in the past were "addressed and rectified" by the Kozhikode airport operator.

Read: ‘Landing at Kozhikode airport amid rainfall is like approaching a black hole’

The IX-1344 flight was operated as part of the Vande Bharat Mission to bring back stranded Indians from abroad in the wake of COVID-19 pandemic.

Of the 149 people who are injured and are in various hospitals, 23 are in critical condition while another 23 have been discharged after initial medical assistance.

Puri had earlier informed that the Digital Flight Data Recorder (DFDR) and Cockpit Voice Recorder (CVR) of the ill-fated aircraft have been retrieved. The Aircraft Accident Investigation Bureau is conducting investigations, he said.

The aircraft's pilot Captain Deepak Vasant Sathe, 58, and co-pilot Captain Akhilesh Kumar, 32, were among the dead.

Sathe, a former Wing Commander of the Indian Air Force (IAF), was one of the most experienced commanders with more than 10,000 flying hours and had landed aircraft 27 times at the Karipur airport including this year. Kumar had a total flying experience of 1,723 hours.

Read: Survivors of Kozhikode air crash yet to recover from shock

Puri, who along with his ministerial colleague V. Muraleedharan visited the accident site, announced Rs 10 lakh interim relief for the kin of each of the deceased, Rs 2 lakh for the seriously injured and Rs 50,000 for those who suffered minor injuries.

The Kerala government said Rs 10 lakh each would be given as compensation to the families of the deceased. The medical expenses of those under treatment will be borne by the government, Chief Minister Pinarayi Vijayan told reporters.