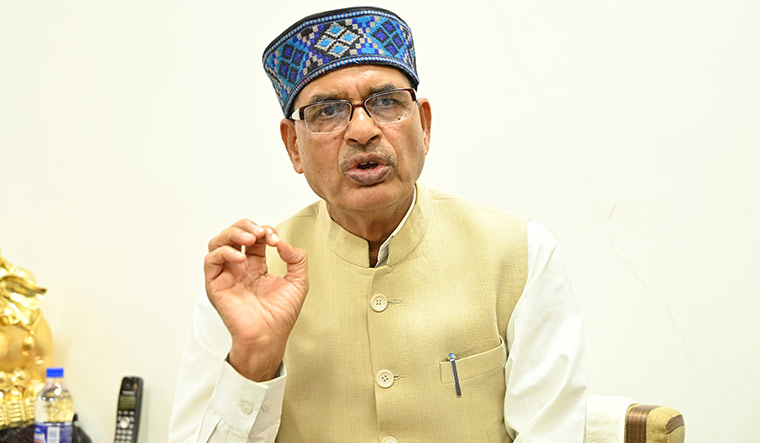 “I want to ask you why the Congress is taking a stand against the farmers of Madhya Pradesh. What enmity does your party have with MP farmers? What problem do you have if farmers of Madhya Pradesh make progress and move forward? Not only me, but all the farmers are putting up these questions to you through this letter and hope for an early response,” Chouhan said in the two-page letter.

The Madhya Pradesh government has been irked by the letter of Punjab Chief Minister Captain Amarinder Singh to Prime Minister Narendra Modi, in which he demanded status quo on the issue of basmati rice GI tagging, implying that the tag should not be given to the rice grown in 13 districts of Madhya Pradesh.

He had added that this was essential for safeguarding the interests of farmers and basmati exporters of India.

The Punjab CM said in his letter that any dilution in the GI registration parameters will give advantage to Pakistan, which also produces basmati rice as per GI tagging.

Chouhan had written to PM Modi on Thursday on the issue, putting up the claims of Madhya Pradesh afresh. The state's appeal against the ruling of Madras High Court on rejection of GI tag claim by Government of India authorities is currently pending in the Supreme Court.

However, on Friday, he shot off a two-page letter to Sonia Gandhi, highlighting the claims of MP on GI tag for basmati and dubbed the points raised by Amarinder Singh as totally false, improper and malicious. “This is anti-farmer, anti-Madhya Pradesh, and it exposes the anti-farmer character of Congress,” he said in the letter.

Chouhan also took up the alleged failure of the former Congress government in the state to keep its promises to the farmers of MP, including loan waiver and failure to pay premium for the crop insurance scheme.

Reacting to the development, former MP chief minister and MP Congress committee chief Kamal Nath expressed surprise that rather than writing to the prime minister in response to the Punjab CM’s letter on basmati GI tagging, the CM of Madhya Pradesh was writing to Sonia Gandhi.

In a series of tweets, Kamal Nath said this shows how much Chouhan understands the issue. “He only wants to engage in politics and has nothing to do with welfare of farmers or Madhya Pradesh. If he had taken effective steps in the last 10 years of his government, then probably the farmers of the state would have got their rights by now. But he did nothing then and now too he is just playing politics,” Nath said.

The former CM further said it would be better if Chouhan presented case of the state strongly in the Supreme Court by putting up the facts before the court. Also the chief minister should send the details of MP’s claims in response to the Punjab CM’s letter to the prime minister, he added. “This is not a matter of Congress-BJP, but an issue pertaining to the Central government. Desist from making false allegations and take effective steps so that the farmers of MP get their rights,” Kamal Nath said.

He also mentioned that after Madras High Court rejected the petition of the MP government on February 27, he (Kamal Nath as the then CM) convened a meeting on March 3 and wrote to the prime minister and union agriculture minister on the issue. But Chouhan was busy in dislodging the Congress government at the time, he said. “It should be made public as to what steps the Chouhan government has taken on the issue since March 23,” Kamal Nath added.