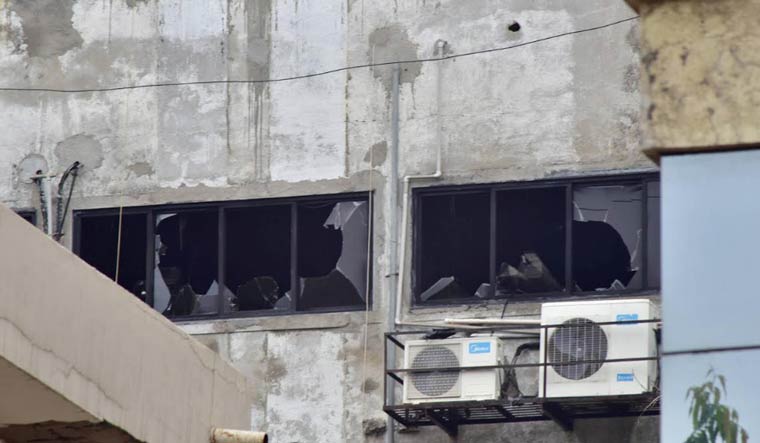 Additional chief secretary (home) Sangeeta Singh and her counterpart in the urban development department Mukesh Puri have begun an inquiry into the tragic fire incident that claimed lives of eight COVID-19 patients on Thursday morning at a private hospital in Ahmedabad.

Five men and three women died when fire engulfed the ICU in the fourth floor of Shrey Hospital, designated as a COVID-19 hospital by Ahmedabad Municipal Corporation.

Bharat Mahant, one of the owners of the hospital, has been arrested. He had joined the BJP ahead of 2019 Lok Sabha elections.

Preliminary reports suggest that the fire took place due to short circuit.

Forty-one other patients and a hospital staff, who sustained injures while rescuing patients, have been admitted to AMC-run SVP Hospital.

Among the deceased is Ayesha Tirmizi, wife of noted Gujarat High Court lawyer Sohail Tirmizi. According to sources, 51-year-old Ayesha, who was undergoing treatment for the last fortnight, had tested negative after treatment and she was to be shifted out of the ICU on Thursday.

Ward boy Chirag Patel narrated how the fire engulfed the ICU and his efforts in saving the patients. According to him, it all began with a small spark near bed number 9 and he saw few sparks falling on patient, who was on bed number 9. He moved the bed little away.

Patel recalled how PPE kit of a nurse caught fire when doctor threw water on him. Patel then had gone down with a patient and by the time he returned he saw that fire had already engulfed the ICU. Initially, the fire brigade denied him the permission to enter for rescue along with them but later agreed.

Ahmedabad Mayor Bijal Patel said a team of officers has been formed and it will look into the fire safety in COVID-19 designated hospitals.

It is still not clear if Shrey Hospital had requisite fire safety permissions.

Following the tragic incident, the civic authorities in Vadodara, Rajkot and Surat swung into action to check if the fire safety equipment are in place in the hospitals.