‘No less than betrayal’: Congress accuses Modi of lying on Chinese incursions 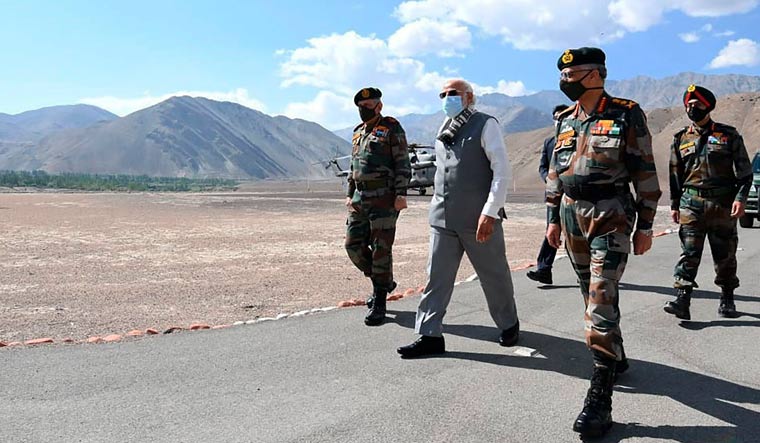 A ministry of defence document that mentioned Chinese aggression across the Line of Actual Control has become the latest weapon for the Congress to attack Prime Minister Narendra Modi.

In an all-party meeting soon after the Galwan clash on June 15, Modi had assured that there were no intruders on Indian territory in Ladakh, a claim which the Congress had disputed.

Why is the PM lying?https://t.co/sEAcOTsZsY

Since the time Chinese incursions across the Line of Actual Control into Ladakh were reported in May, Rahul Gandhi had demanded answers from the Narendra Modi government on the situation on the border and accused it of not being transparent.

The official Twitter handle of the Congress tweeted about the document, alleging Modi had misled the nation.

The Congress tweeted, "Now the ministry of defence has accepted the issue of Chinese intrusion. Why was nation misled by claiming no one had intruded? Lying on the issue of national security is no less than betrayal. The nation will never forgive the prime minister's lie."

In an earlier tweet, the Congress had claimed the government lied to "protect Modi's image". The Congress tweeted, "Lying won't bring back our 20 martyred soldiers & lying won't turn the PLA troops back to China. The only thing lying does is help protect PM Modi's image."

The document went on to mention that the situation in Eastern Ladakh arising from unilateral aggression by China continues to be sensitive and requiring close monitoring and prompt action based on evolving situation.