Rahul addressed party workers from the state through video conferencing 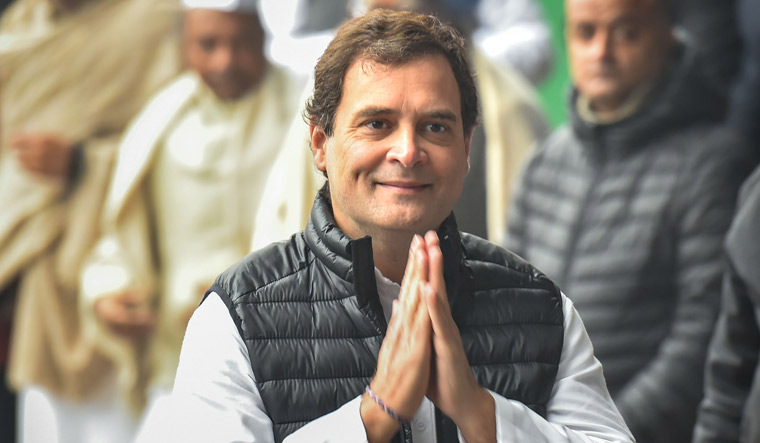 Former Congress president Rahul Gandhi on Thursday kickstarted his party's preparations for the upcoming Assembly elections in Bihar, addressing party workers and leaders in the state and seeking suggestions from them through video-conferencing, the interaction described by his party as a virtual rally.

Over a thousand workers participated in the meeting in which leaders including AICC general secretary in-charge of organisation K.C. Venugopal, AICC in-charge of Bihar Shaktisinh Gohil and state Congress president Madan Mohan Jha were also present.

According to party sources, Rahul, in his half-an-hour-long speech, attacked Prime Minister Narendra Modi for “insulting” the soldiers of Bihar Regiment, who were killed in the skirmish with Chinese Army in Ladakh, by “lying” that the Chinese had not intruded into Indian territory.

Referring to the Modi government's “mismanagement” of the COVID-19 pandemic and the economy, he said a bigger storm than what the country was facing right now was round the corner.

Rahul also took on Chief Minister Nitish Kumar, saying he had failed miserably in helping people cope with either the COVID-19 pandemic or the flood situation, sources said. He is also learnt to have criticised Kumar for “failing” to bring back people from the state, who were stuck in other parts of the country during the COVID-19 lockdown.

He said the seat sharing formula with prospective allies for the coming state elections would be finalised within a month.

The video-conference was seen as an indication of Rahul showing greater inclination to be back in the decision-making mode a year after he had resigned as party president following the Lok Sabha debacle. He told the participants in the meeting that he would be with them in Bihar whenever they needed him.

Bihar has seen the main political players making their presence felt virtually. Union Home Minister Amit Shah had set the stage for virtual campaigning in the state through a virtual rally on June 7. Later, the chief minister addressed JD(U) workers through video-conferencing.