After deadly Beirut blast, tonnes of ammonium nitrate in storage near Chennai cause worry 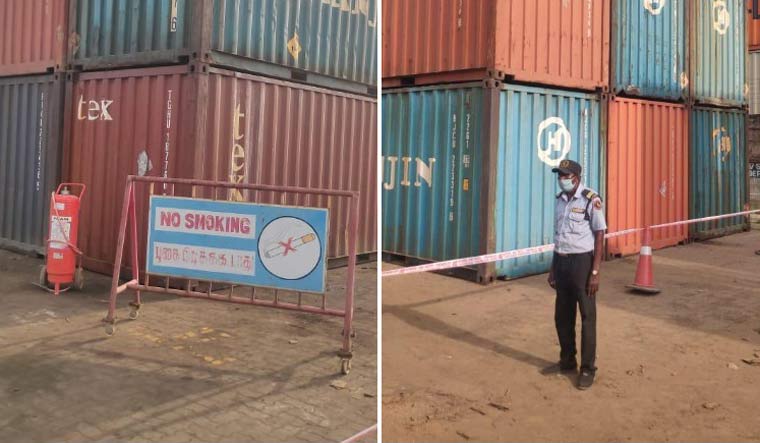 The explosive ammonium nitrate, meant for manufacturing of crackers, has been stored for years under the custody of the Customs Department, at depots on the outskirts of Chennai

The explosive ammonium nitrate, meant for manufacturing of crackers, has been stored for years under the custody of the Customs Department, at depots on the outskirts of Chennai.

In a series of tweets, Pattali Makkal Katchi (PMK) leader Ramadoss brought the focus on the storage of the explosive chemical and called for safe disposal of the same. "Chennai warehouse is prone to a similar explosion due to ammonium nitrate. To prevent this, ammonium nitrate ammunition stored at the Chennai warehouse must be safely disposed of and used for other purposes like composting," he said in a tweet.

According to Customs Department officials, it is a large consignment which was to be sent to one of major fireworks manufacturing company in Sivakasi, the manufacturing hub for fire crackers in India. The chemical was seized by the Chennai Port Customs authorities in 2015. Senior officers in the department say the chemical has been in storage since 2015.

An officer said the department had seized 36 containers of ammonium nitrate and around 20 tonnes the chemical has been shifted to a safer zone. He said the chemical is not lying in the port but is under the control of the Customs Department. Apart from this, around 690 tonnes of ammonium nitrate is stored at the Sattva container depot at Manali near Chennai, he said.

According to sources, the explosives have been lying in storage due to some legal complications which have now been resolved in the court. The chemical will be soon disposed, revealed sources.

The Customs Department officials reportedly inspected the warehouse where the chemical is stored and assured that it is stored in a safe zone and people have no reason to worry as there are no residential buildings nearby.

Sources said the department is in the process of conducting e-auction of the ammonium nitrate soon on the basis of a court order.