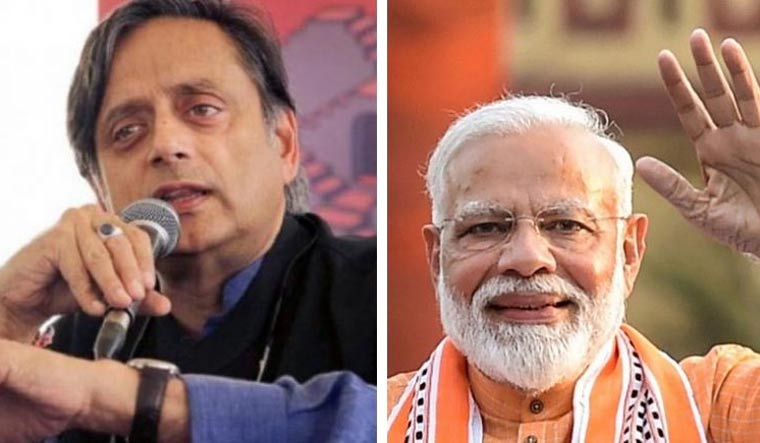 Congress MP Shashi Tharoor on Wednesday took potshots at Prime Minister Narendra Modi over a picture that was circulated widely on social media ahead of the bhoomi pujan of the proposed Ram temple in Ayodhya. The portrait showed Modi holding the hand of a young Ram walking towards a temple.

Responding to a tweet by BJP’s Karnataka leader Shobha Karandlaje who had shared the image on Tuesday, Tharoor posted a Hindi quatrain, a rough translation of which reads:

Tharoor’s post has evoked a mixed response. Several users differed, claiming that Lord Ram was depicted in the image as Ram Lalla.

Karandlaje, while sharing the image, had captioned it: “Ayodhya is all set to welcome its beloved king back home”.

Modi on Wednesday performed the bhoomi pujan of the proposed temple in Ayodhya, bringing to fruition the BJP’s ‘mandir’ movement that defined its politics for three decades and took it to the heights of power.

Earlier in the day, Tharoor tweeted that “Lord Shri Ram epitomises justice for all, righteous conduct, fairness & firmness in all dealings, moral rectitude &courage. These values are much needed in such dark times. If they spread throughout the land, Ram Rajya would not be an occasion for triumphalist bigotry.”