No injuries have been reported in the incident 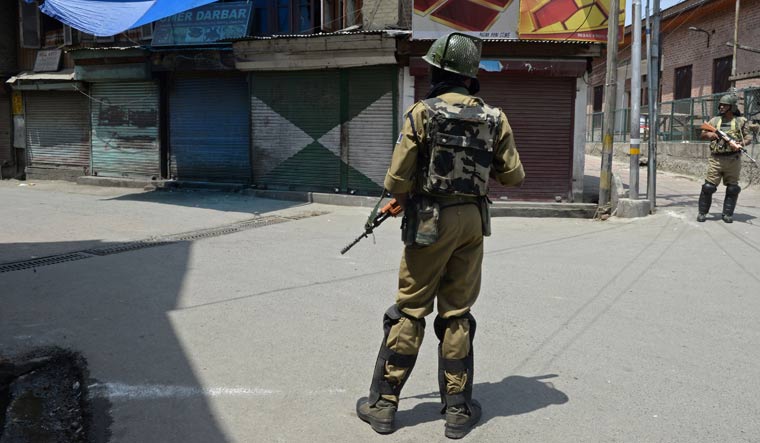 Unidentified terrorists hurled a grenade and opened fire on security forces in Shopian district of South Kashmir on Wednesday morning.

The incident happened even as the region was under high security cover on the occasion of the first anniversary of abrogation of Article 370 that had given special status to Jammu and Kashmir.

The attack in the Bonbazar area of Shopian targeted a joint patrol team of CRPF and Jammu and Kashmir Police, according to reports. No injuries have been reported in the incident.

On Tuesday, a grenade was lobbed at a police patrol team, while a sarpanch was shot and injured in Kulgam.

Curfew-like restrictions, mainly to contain the COVID-19 pandemic, remained enforced in Kashmir on Wednesday as the Union territory marked the first anniversary of revocation of special status of Jammu and Kashmir.

Police and CRPF personnel were deployed in strength across the valley, especially Srinagar city, to ensure that the plans of separatists to disturb peace do not succeed, officials said.

"There is a ban on assembly of more than three persons and people are requested not to violate the law and stay indoors," the police said.

Barricades have been set up at hundreds of places in the valley including Srinagar city to regulate movement of essential services and emergencies, while concertina wires have been laid to block some parts of the roads, the officials said.

Authorities in Srinagar had on Monday announced that curfew will be imposed in Srinagar city in view of inputs about violent protests endangering public life and property as the separatist and Pakistan-sponsored groups were planning to observe 5 August—the first anniversary of the revocation of Jammu and Kashmir's special status—as a “Black Day”.

However, the order imposing curfew was suddenly withdrawn on Tuesday evening.

An official spokesman said the decision to revoke the curfew order was taken as Tuesday passed off with any untoward incident.