The dairy farmers are holding protests demanding direct subsidy, too 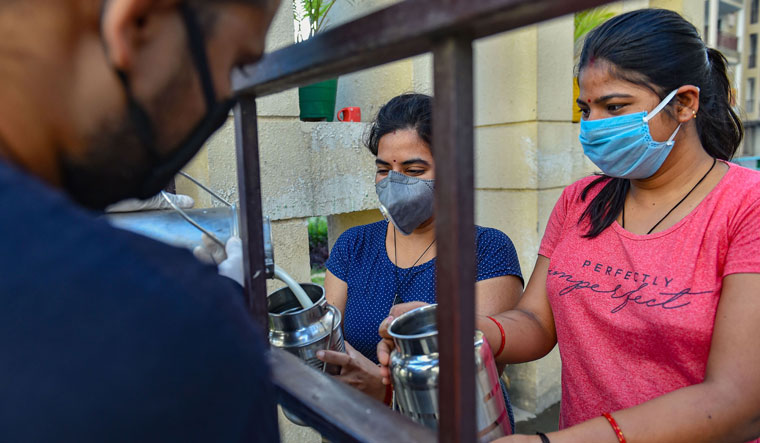 Farmers organisations representing dairy farmers launched an agitation today, demanding a ban on import of milk powder and a direct subsidy to farmers of Rs 10 per litre of cow milk.

The agitations took place mainly in western Maharashtra and were led by Left-leaning All India Kisan Sabha, the BJP, as well as its ally Rayat Kranti Sanghatana of former minister Sadabhau Khot.

Raju Shetti's Swabhimani Shetkari Sanghatana had launched a day-long agitation on the grievances of dairy farmers on July 21.

The lockdown has severely affected milk economy in Maharashtra as demand of milk has drastically reduced. Though the domestic house-to-house supply of milk has been restored, the demand has dropped as restaurants and eateries are still closed. As a result, large amount of milk is being used for making milk powder.

The per litre price of cow milk earned by farmers before lockdown was Rs 30-35, but it has now fallen to Rs 17-18. However, it is being sold to consumers at Rs 48 per litre. As the supply of milk to restaurants and eateries has stopped, dairies in the state are producing huge quantities of milk powder. But Union government has issued a notification in June that 10 lakh tonnes of milk powder will be imported, mainly from the US.

AIKS has demanded scrapping of this notification relating to import of milk powder. It has also demanded that the Maharashtra government pay a direct subsidy of Rs 10 per litre for cow milk to farmers so that the price of milk reaches around Rs 30. AIKS also wants an export subsidy of Rs 50 per kg for milk powder.

The Left-leaning farmers' organisation is of the opinion that the Uddhav Thackeray government's scheme to purchase additional 10 lakh litres of milk helped only a few rich dairy cooperatives even as common farmers continued to suffer.

The saffron party and its allies held 'rasta roko' (block roads) agitations across state today. It has threatened that it will intensify its agitation if the state government fails to act and announce immediate help for dairy farmers.