Shekhawat claimed the crisis started in 2018 itself 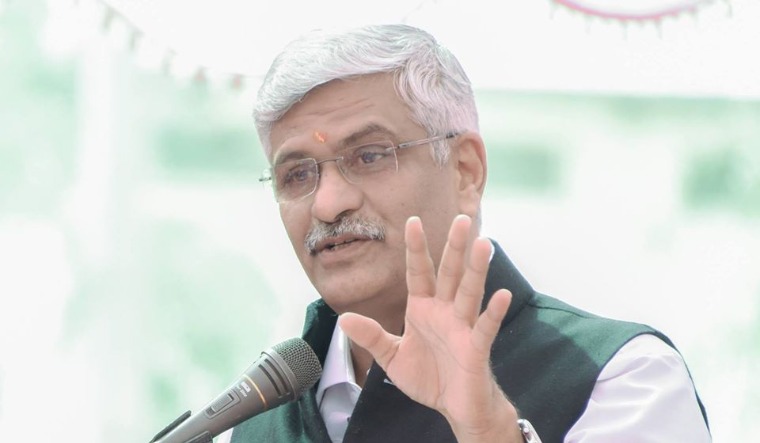 Union Minister Gajendra Singh Shekhawat, who has been accused by the Congress of trying to topple the Ashok Gehlot government in Rajasthan, has hit out at the grand old party.

Speaking to News-18, Shekhawat claimed the political crisis in the Rajasthan Congress government caused by the rebellion of Sachin Pilot and his loyalist MLAs did not start five weeks ago.

Shekhawat claimed the crisis started in 2018 itself when the Congress won the Assembly polls. Shekhawat alleged Chief Minister Gehlot, and Sachin Pilot, who was deputy chief minister till last month, "had not been speaking for months".

We [BJP] have not done anything. If they don't want to see what happened in MP to be repeated in Rajasthan or other states then Congress should set their house in order and not fight among themselves," Shekhawat told News-18, referring to the rebellion by Jyotiraditya Scindia that brought down the Kamal Nath government in Madhya Pradesh in March.

Shekhawat also took a jibe at the Congress for shifting the ruling MLAs to a resort in Jaisalmer from Jaipur on Friday. “"If the Rajasthan government has their numbers, then they would not have been flying between Jaipur and Jaisalmer. They are not sure of their numbers. In Madhya Pradesh, a disgruntled Congress leader joined us and that resulted in a Congress government collapsing," Shekhawat said.

In a tweet on Saturday, Shekhawat claimed the Congress had a bhaag daud (helter-skelter) government, in an apparent reference to the shifting of the Congress MLAs. The MLAs were moved hours after Gehlot alleged that renewed attempts at horse-trading were made.