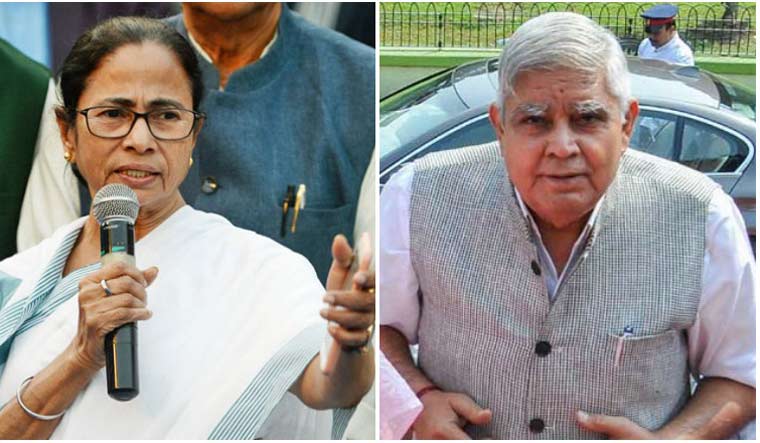 West Bengal Governor Jagdeep Dhankhar has decided to take up the matter of state industrial summits, organised by the Mamata Banerjee government, for his consideration for investigation.

Dhankhar has written to additional chief secretary (finance) H.K. Dwivedi, regarding the spending details of Bengal Global Business Summit (BGBS) of government of West Bengal since 2016.

"The assertion is that even amount spent in BGBS is more than the investment generated on ground," said Dhankhar.

The governor said there are allegations of fiscal irregularities and patronage, which were raised by different levels.

"The ACS, finance, therefore, has been asked to make a submission in this regard," Dhankhar asserted.

Dhankhar sought the details of the amount being spent for BGBS since 2016. He also wanted to know the name of the event manager of such a mammoth event the Mamata Banerjee government holds every year. He also wanted to know the actual investment that took place in last four years. He even sought details of the conduit of such transaction of business events.

"Has the money been spent through FICCI?" the Raj Bhavan wanted to know.

Interestingly, Amit Mitra, state Finance Minister, was the secretary general of FICCI, before taking charge of responsibility in Banerjee's cabinet in 2011.

Sources in the Raj Bhavan said that government had received inputs from various sources about alleged patronage of particular agencies for holding the BGBS in Kolkata and Haldia, Bengal's industrial zone. Reliance Industries chairman Mukesh Ambani has been a regular attendee in the summit while Ratan Tata has always given it a miss. However, a representative of Tata Sons made it to a couple of the last few summits.