Rafale will help our Air warriors to safeguard our skies, says the home minister 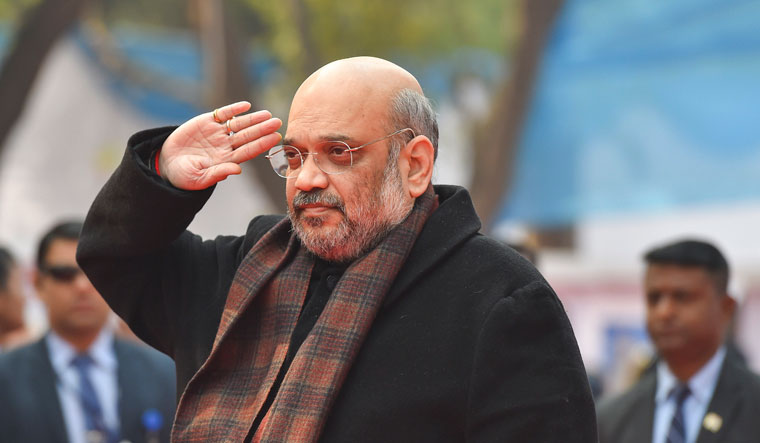 Describing the arrival of five Rafale fighter jets as a historic day for the Indian Air Force and a proud moment for India, Union Home Minister Amit Shah on Wednesday said they are the world's most powerful machines capable of thwarting any challenge in the sky.

In a series of tweets, Shah also said theModi government is committed to building on India's defence capabilities and added that the world class fighter jets will prove to be a "game changer".

"Rafale touchdown is a historic day for our vigorous @IAF_MCC and a proud moment for India! These are the world's most powerful machines capable to thwart any challenge in the sky. I am sure Rafale will help our Air warriors to safeguard our skies with its mighty superiority," he said.

The home minister said the induction of the next generation aircraft is a true testimony of the prime minister's resolve to make India a powerful and secure nation.

Shah also thanked Modi for providing this "unprecedented strength" to the IAF.

"From speed to weapon capabilities, Rafale is way ahead! I am sure these world class fighter jets will prove to be a game changer. Congratulations to PM @narendramodi ji, DM @rajnathsingh ji, Indian Air Force and the entire country on this momentous day. #RafaleInIndia," he said.

The Modi government had inked a Rs 59,000-crore deal in 2016 to procure 36 Rafale jets from aerospace major Dassault Aviation.

The fleet, comprising three single-seater and two twin-seater aircraft, are being inducted into the IAF as part of its Ambala-based No 17 Squadron, also known as the 'Golden Arrows'.