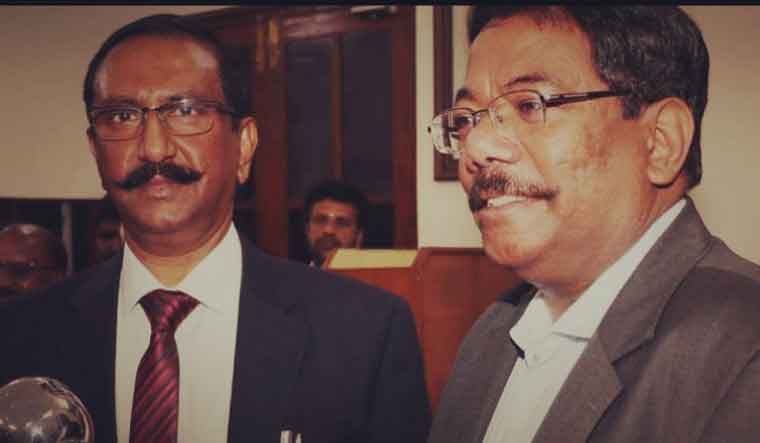 Amid the alarming surge in Covid-19 cases and deaths in Bengaluru city, the state government has shunted out the Bruhat Bengaluru Mahanagara Palike (BBMP) commissioner B.H. Anil Kumar and replaced him with N. Manjunatha Prasad, who is currently serving as the revenue secretary.

With the IT city staring at a major challenge in scaling up its healthcare facility to cater to the growing number of Covid-19 patients needing hospitalisation, Chief Minister B.S. Yediyurappa had expressed his displeasure over the poor response of the civic body in streamlining the hospital bed and ventilator allocation and the ambulance services.

Prasad, a 1994-batch IAS officer, has been brought in to head the city corporation, as he has previously served as the BBMP commissioner for more than four years. The new posting comes at a time when 196 of the 198 civic wards have reported at least 50 cases each and the BJP government is struggling to rein in the spread of the virus across the eight zones of the state capital. On Friday alone, Bengaluru Urban reported 2,208 new cases and 75 deaths. The total number of cases in the city now stands at 27,496 (20,623 active cases), and total deaths at 582.

Incidentally, Prasad was the BBMP commissioner between April 2016 and May 2018, before which he was abruptly transferred by the Election Commission ahead of the assembly polls, following a complaint by the state unit of the BJP. However, he was reinstated as the BBMP commissioner within two months and he served in the same post till August 2019, after being replaced by B.H. Anil Kumar. The latter is a 1987-batch IAS officer, who has served as executive director of the National Institute of Disaster Management (NIDM) under the Ministry of Home Affairs.

In the DPAR notification issued on July 18, 2020, Anil Kumar has been posted as the additional chief secretary of the department of public enterprises.

Prasad is placed in the concurrent charge of the principal secretary, revenue department, disaster management, Bhoomi and UPOR.