Over 6,700 cases have been reported in the first 16 days of July 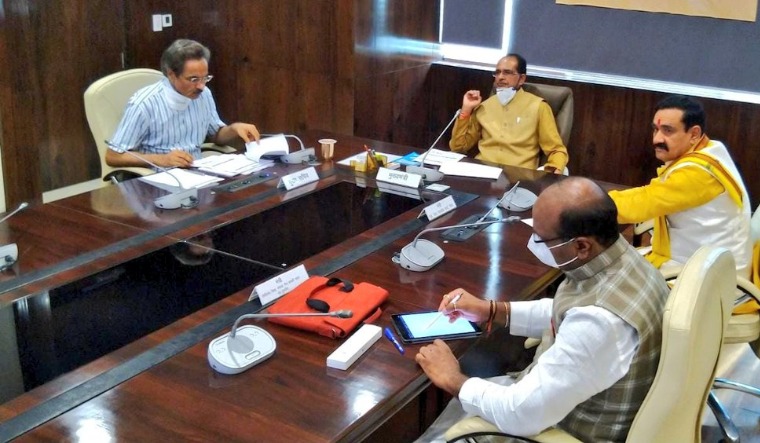 The month of July has seen a significant jump in cases of COVID-19 in Madhya Pradesh. On Thursday, with another 735 new cases reported, the tally surged past the 20,000 mark in the state.

In all, 20,378 COVID-19 cases have been reported in the state till now, 6,785 of them in the first 16 days of July, a state health department report shows. This means that during these 16 days, an average of 424 cases were reported per day, compared with the daily average of about 139 cases per day till June 30 (from March 24).

Also, with seven deaths in the past 24 hours (until Thursday night), the death toll in the state stands at 689. Of these, 117 deaths have been reported since July 1.

The major jump of cases during the past fortnight has been from new hotspots of Gwalior and Morena, apart from Indore and capital Bhopal.

Chief Minister Shivraj Singh Chouhan has, however, ruled out imposing total lockdown in the state and has asked the officials to devise district-wise strategy to contain the surge in COVID-19 cases from the places they have been reported. The Gwalior district administration has already imposed a weeklong total lockdown from Tuesday.

During a review meeting on Thursday, the chief minister said that though the mortality rate has come down in the state due to the door-to-door survey to identify suspect cases and provide timely treatment, some districts have shown a big increase in cases.

During the meeting, additional chief secretary (health) Mohammad Suleman informed that the mortality rate has declined by one per cent in the state in the last 15 days. The current mortality rate of Madhya Pradesh is 3.38 per cent. The number of coronavirus tests in Madhya Pradesh has increased and 6,726 tests per 10 lakh population are being conducted as of now, he said. As on June 25, the state was testing around 4,300 people per 10 lakh population.

Heightened political activity due to looming bypolls, along with the opening up of almost all commercial activities in the state, is being considered the main reason for the significant jump in cases, apart from the enhanced testing.

Gwalior has contributed 997 cases, going up from 368 cases to 1,365 in the past 16 days. However, fortunately only six deaths have been reported in the district.

Another new hotspot, Morena, has reported 779 cases since July 1 and the tally has gone up from 408 to 1,187. Only five deaths have been reported in the district.