The executive engineer was suspended later in the day 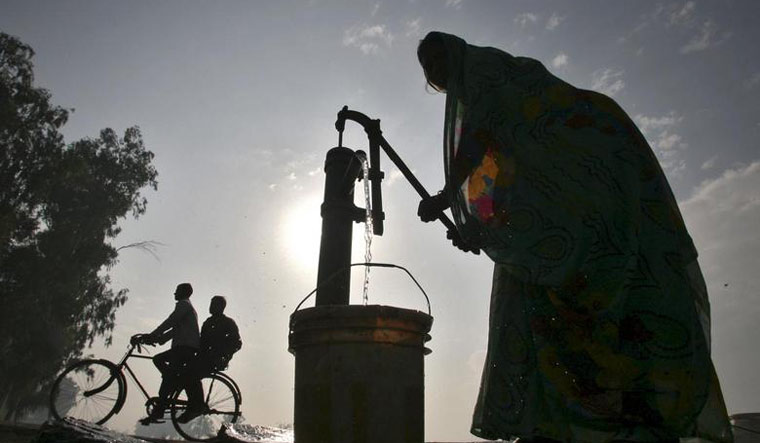 In a shocking written response to a complaint made by a resident of Bhind district in Madhya Pradesh regarding incomplete hand water pump installation in his village, a government official said that the complainant was mad and the time had come to pull out the hand pump and fix it on his (complainant’s) chest.

In the written reply that has since gone viral on social media, the official, an executive engineer of the public health engineering (PHE) department, has also talked of ‘Chinese war using guerilla tactics’ against the complainant.

He was suspended later in the day by the state government.

The issue pertains to the village Rahwali Behad in Lahar block of Bhind district. A resident, Rahul Dixit, 31, had lodged an online complaint on the state CM Helpline on June 7, saying that the installation process of a hand pump by the PHE department near the village anganwadi centre remained incomplete for the past eight months.

In the course of action, updated online on the official helpline, a response from executive engineer P.R. Goyal on July 9 came as a big shock to the complainant and others who noticed it. 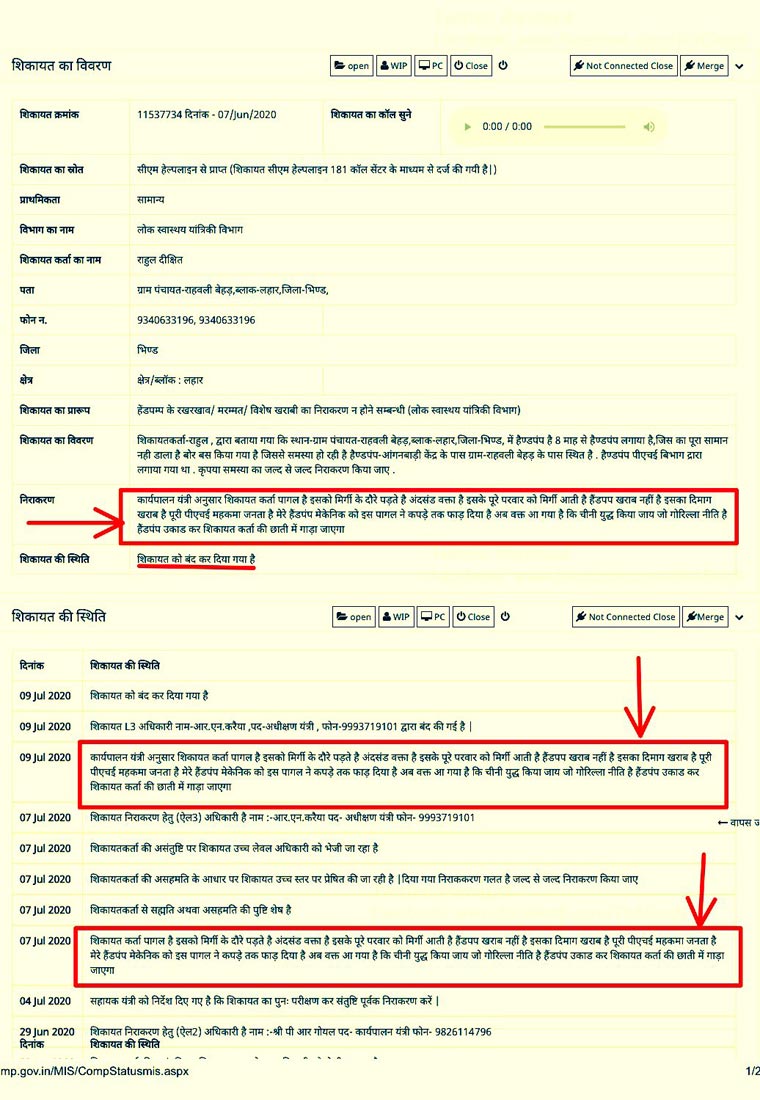 The written response in Hindi said, “According to the executive engineer, the complainant is mad, talks irrelevant and his entire family suffers from epileptic fits. The hand pump is not defective rather his (the complainant’s) mind is defective. The entire PHE department knows that this madman has torn up the clothes of my hand pump mechanic. The time has come for Chinese war, that is, use of guerilla tactics. The hand pump will be pulled out and fix on the chest of the complainant.”

Bhind district collector Virendra Pratap Singh has issued a notice to the officer, asking him for an early reply and saying that his action had maligned the image of the state government. The collector confirmed to THE WEEK that the notice has been served.

“The officer, however, tells me that he never made any such remarks or given any such response to the complaint and someone might have misused his official mail ID for the mischief. I have ordered a probe into the happening,” Singh said.

While Goyal could not be contacted for comment, the complainant, Rahul Dixit told THE WEEK that he did not know the official at all, let alone have any interaction with him. “I do not know why he has made such comments against me and my family, though I have come to know that the officer has denied making such comments,” Dixit said.

Dixit, who is a farmer, said that he never interacted personally with any official or worker of the department. Following the complaint, on July 9, pipes were installed in the bore, but even now the hand pump is not working properly, he said. “It gives out some water only after pumping for 15 to 20 minutes. I have taken the matter up again and they have told me the issue will be resolved soon.”

He also expressed gratitude to the chief minister for the installation, but is somewhat apprehensive after his case went viral on social media. “I hope nothing bad comes out of this. I am getting a lot of phone calls from people to confirm whether I am mad or my family has some issues. It is causing us a lot of discomfort,” Dixit said.