The doctor has been transferred out of the hospital, and an FIR has been filed 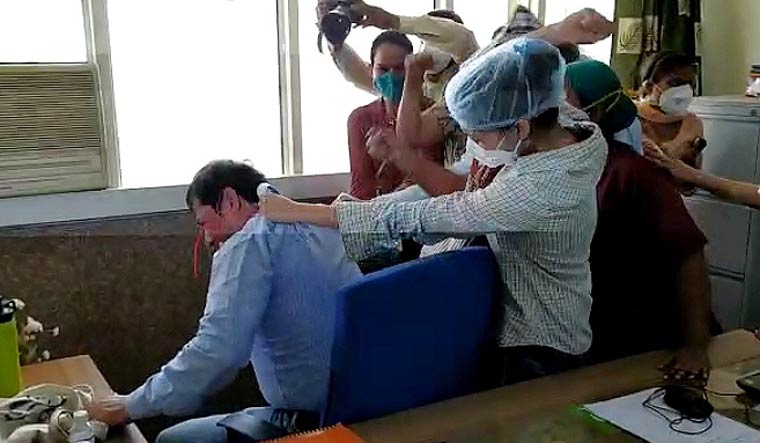 A doctor at the Civil Hospital in Panchkula, Haryana, was beaten by hospital staff on Tuesday, after he was accused of sexually harassing one of the the nurses earlier whilst in an inebriated state.

Images and videos of the doctor being beaten were circulated. The nurses, after complaining to the hospital's sexual harassment committee, barged into the doctor's room and started slapping and punching him.

While the local police were informed, by the time they arrived the doctor had already left the scene in his car.

The doctor, allegedly from the psychiatry department, has been transferred out of the hospital, while an FIR has also been filed against him.

The nurse who filed the complaint was posted in the COVID-19 isolation ward, and alleged that he visited her ward late at night on the pretext of taking a round. She said he was in an inebriated state and that he called her to a secluded area and misbehaved with her.

The nurse informed her seniors, and on Monday, all the nurses gathered and staged a protest before beating up the doctor in the presence of the media.

“The internal committee on sexual harassment has taken cognizance of the complaint and initiated an inquiry. The doctor already has been shunted out of the hospital,” said the CMO.

A special team of Haryana’s state women commission reached the spot and has met the nurse.