COVID-19: Despite WHO praise for Dharavi, BMC queasy on questions on death rate 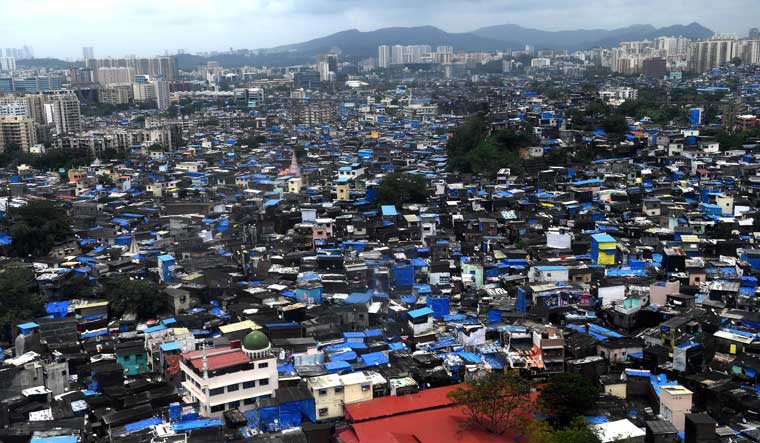 Hours after the WHO praised the efforts taken to contain the spread of COVID-19 in Asia's biggest slum, Dharavi in Mumbai, Assistant Municipal Commissioner Kiran Dighavkar seemed a bit uneasy when asked on Saturday about reports of BMC's non-disclosure of the number of COVID-19 deaths in Dharavi in the last few days.

As of Friday (July 10), the number of COVID-19 cases in Dharavi increased to 2,359 with the addition of 12 cases. The slum currently has 166 active cases and 1,952 patients have been discharged from hospitals after recovering from the infection.

"I do not think it will be right to say that BMC is not reporting deaths from Dharavi. It is giving out the numbers as and when they are being reported on a daily basis. Besides, deaths are taking place in the slum but there may be delays in reporting them because the residents of Dharavi may have passed away in a hospital or in another area and it takes a while to register it," said Dighavkar.

The good news is that the slum—which in the initial months was a hotspot for the coronavirus infection with high number of positive cases—recorded very few cases in the last few days. On July 7, there was just one COVID-19 case from the entire slum. The slum has been showing a declining trend for over a month now. Spread over an area of 2.5 square kilometres with a population that is close to 6 lakh, the COVID-19 management in the slum had been praised by WHO Director-General Tedros Adhanom Ghebreyesus. He had said that there were many examples from around the world that have shown that even if the outbreak is very intense, it can be brought back under control.

"I wish the media within Mumbai would also be covering the positive things that the BMC is doing unlike just criticising it all the time. When the world organisation says, everybody listens," said a BMC official, requesting anonymity. According to Amol Annadate, a practicing doctor, "Aggressive home-to-home surveys for fever patients, testing and isolation have contributed to Dharavi's success story.”

“But there is definitely an element of herd immunity as well in Dharavi. Three places—Bhiwandi, Malegaon and Dharavi—have shown signs of herd immunity. So it is a combination of the efforts of the authorities and also a 40 per cent contribution of herd immunity,” Annadate observed.