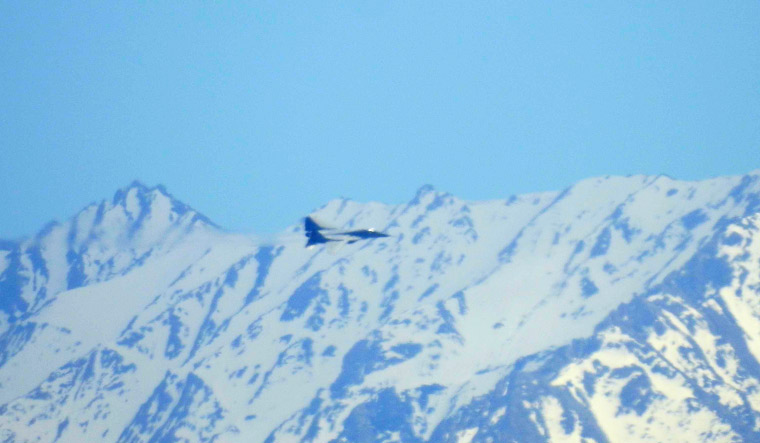 Chinese military further thinned down its presence in the ridgeline of Finger Four and removed some boats from Pangong lake in eastern Ladakh ahead of another round of Lt General-level talks between India and China aimed at finalising modalities for complete disengagement along the Line of Actual Control(LAC), people familiar with the development said on Saturday.

The escalation in tension in eastern Ladakh was triggered by a violent clash between the two armies in Pangong Tso on May 5 in which a sizeable number of personnel from both sides were injured.

Following the incident, both sides were locked in an eyeball-to-eyeball confrontation in three other locations in the region.

At the military talks, the two sides are expected to specifically focus on completing withdrawal of troops from Pangong Tso and Depsang besides laying out a detailed roadmap for disengagement of large numbers of troops from the rear bases by the two sides in a time-bound manner. Both sides had significantly ramped up troops and weaponry including tanks and artillery guns in eastern Ladakh.

The Chinese military has already completed moving back its troops from the face-off sites in Galwan Valley, Gogra and Hot Springs in line with the first phase of the disengagement process from the friction points on the LAC in eastern Ladakh, sources said.

The main focus now shifts to Pangong Tso. India has been insisting that China must withdraw its forces from areas between Finger Four and Eight. The mountain spurs in the area are referred to as Fingers.

There has been further withdrawal of Chinese troops in the ridgeline of Finger Four and they have removed some boats from Pangong lake, the sources said.

On Friday, India and China held another round of diplomatic talks during which both sides resolved to push ahead with "complete disengagement" of troops in eastern Ladakh in a timely manner for "full restoration" of peace and tranquility.

At the meeting, it was decided that senior commanders of the two armies will meet "soon" to discuss further steps to "ensure complete disengagement and de-escalation".

After the online diplomatic meeting under the framework of Working Mechanism for Consultation and Coordination (WMCC) on India-China Border Affairs, the Ministry of External Affairs(MEA) said the two sides agreed that maintenance of "enduring peace" in the border areas was essential for overall development of bilateral ties.

The MEA said the two sides reaffirmed to ensure complete disengagement of the troops along the LAC for "full restoration" of peace and tranquility in the border areas in accordance with bilateral agreements and protocols.

Both sides have held several rounds of diplomatic and military talks in the last few weeks to ease tension in the region. However, there was no visible sign of any end to the standoff till Sunday evening.

On June 30, the Indian and Chinese armies held the third round of Lt General-level talks during which both sides agreed on an "expeditious, phased and step wise" de-escalation as a "priority" to end the standoff.

The first round of the Lt General talks was held on June 6 during which both sides finalised an agreement to disengage gradually from all the standoff points beginning with Galwan Valley.

However, the situation deteriorated following the Galwan Valley clashes as the two sides significantly bolstered their deployments in most areas along the LAC. Twenty Indian army personnel were killed in the clashes on June 15.

Tensions had escalated in eastern Ladakh around two months back after around 250 Chinese and Indian soldiers were engaged in a violent face-off on May 5 and 6. The incident in Pangong Tso was followed by a similar incident in north Sikkim on May 9.