LG Polymer MD and CEO Sunkey Jeong was among those arrested 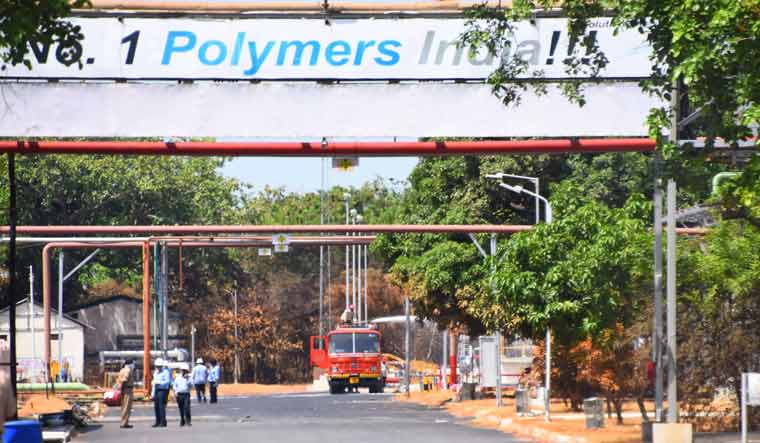 Visakhapatnam: A view of the LG Polymers plant, a day after the major chemical gas leak incident, in RR Venkatapuram village in Visakhapatnam, Friday, May 7, 2020 | PTI

A day after a high-power committee submitted a report on the LG Polymers gas leak case in which 15 people died, the Andhra Pradesh government cracked the whip on the accused. The Vizag police arrested 12 employees of LG Polymers including two from the top management.

Those arrested include LG Polymers Managing Director and CEO, Sunkey Jeong and D.S. Kim, Technical Director. Others who were arrested today evening include the additional director of operations, engineers and other operators.

All the accused will be produced before the court for judicial remand.

Meanwhile, the state also initiated action against officials for displaying negligence based on the report. Due to lapses observed by the committee, K.B.S. Prasad, Deputy Chief Inspector of Factories, Visakapatnam was placed under suspension.

“The casual approach of KBS Prasad towards very serious safety issues was dereliction of his duties and has been a causative factor for his accident,” read the contents of the order from the Factories department.

Earlier, the high power committee submitted a 4,000-page report to the chief minister Y.S. Jaganmohan Reddy on the May 7 incident which took place in Vizag.

The Chairman of the committee, IAS officer, Neerab Kumar Prasad and other members blamed the LG Polymers plant for the leak and also pointed out there was no proper mechanism to avert the mishap and negligence was displayed by the management. The committee went into the technical aspects of the case after holding discussions with all stakeholders.

The CM has said that the report should be placed in the public domain and in future steps should be taken to ensure that industries should be relocated far from residential areas so that people are safe.