Odisha govt to give monthly pension to transgenders 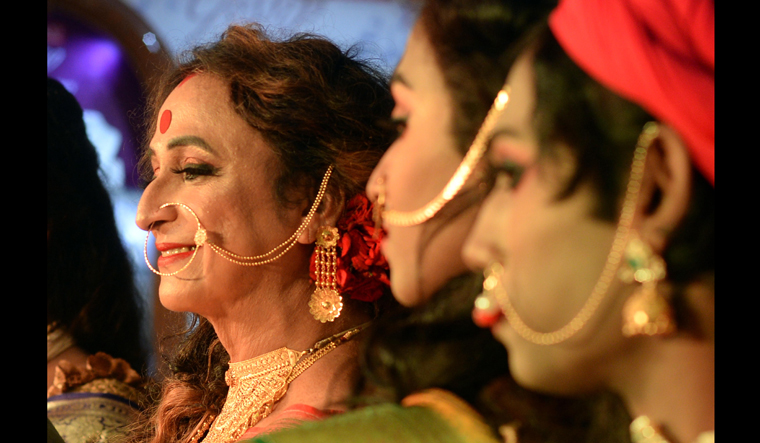 Members of the LGBTQ community walk the ramp during a jewellery show, as part of Pride Month celebrations, in Kolkata | Salil Bera

The Odisha government has decided to include members of the transgender community in a social welfare scheme which provides a monthly pension to the needy, a minister said.

Chief Minister Naveen Patnaik has approved a proposal to cover the members of the community under the Madhu Babu Pension Yojana (MBPY) which aims at providing financial assistance to the destitute elderly, differently-abled persons and widows, he said.

Around 5,000 transgenders will get a monthly pension in between Rs 500 and Rs 900 depending on their age, Social Security and Empowerment of Persons with Disabilities (SSEPD) minister Ashok Panda said.

The government's decision was taken in view of the promises made in the ruling BJD's manifesto for the 2019 Assembly polls, the minister said.

Panda said that the transgender people will have to apply on the official website of the department to register themselves under the MBPY.

"Around 5,000 transgenders will benefit from the government's decision," he said.

The associations of transgenders hailed the state government for including them under the social welfare programme.

Some other states have already introduced such social welfare schemes for the community.

For instance, the J&K Administrative Council has reportedly extended the coverage of its Integrated Social Security Scheme to transgenders. Andhra Pradesh and Kerala governments had earlier announced pension schemes for them.

Panda, however, said that the Odisha government has also decided to give one-time additional assistance of Rs 1,000 to each of 48 lakh existing beneficiaries under the MBPY scheme in view of the COVID-19 crisis.

The minister said the funds required for the purpose have already been allocated, and the beneficiaries will get the assistance soon.

He said the beneficiaries have already received pensions in advance for four months during the current fiscal in the wake of the coronavirus outbreak.