MoUs between states, effective intervention by the Centre recommended 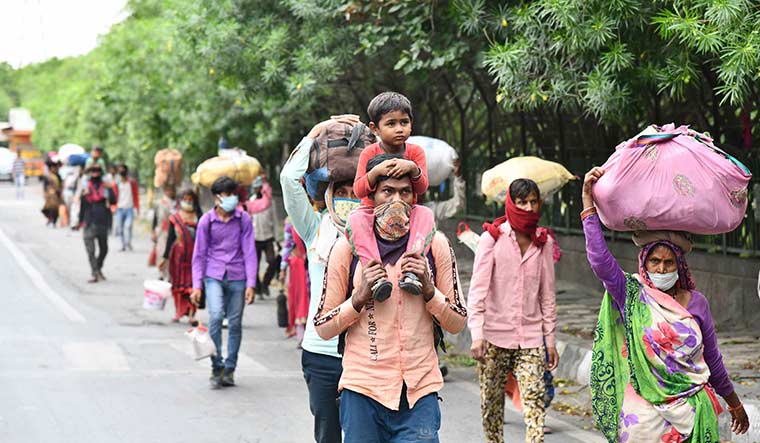 In the backdrop of the chaos that ensued regarding movement of migrant workers back home during the COVID-19-induced lockdown, a group of civil society organisations have held deliberations to come out with a policy framework on inter-state migration of workers that they are sharing with all the states and pushing for formulation of migration policies by each state.

One of the major recommendations in the policy framework is on signing of memorandums of understanding (MoUs) between states, so that issues related to migrant workers could be resolved accordingly without any confusion or chaos.

Also, there is focus on increased intervention and facilitation by the Centre as several of the issues related to migration are under Union government ambit. The policy framework also calls for better implementation and improvisation of the Inter-State Migration of Workmen (ISMW) Act, 1979, to make it effective in the post-COVID-19 context.

“We are sharing the policy framework with all the states and wherever possible, we will be pushing for urgent formulation of state-level policies,” Yogesh Kumar of Samarthan, Bhopal, told THE WEEK.

He said that each state will have to develop policies keeping in mind that they are both sources and destinations of migrant workers. “So, there would be some joint actions and some state specific actions. Also the Centre will have to play a more proactive role,” Kumar said.

He said that the policy framework was developed in view of the chaos that erupted during the COVID-19 lockdown.

The migrant workers who returned to their native states said that they would not have returned home if their contractor, owner or employer at the workplace took care of their living and food expenses during the lockdown. As there was no safety net for the workers, an atmosphere of chaos ensued, and they started returning home. But their problems did not ease even after returning home. Despite the system of inter-state law in India, the workers are facing mismanagement and chaos due to the Covid-19 situation and this is where the need of inter-state agreements and state policies are required, Kumar added.

Some of the key recommendations in the policy framework are as follows: